Found these nice illustrations out of a book published in 1835, by Alexis-François Artaud de Montor.

This thread might serve as a more convinient resource for those who are just interested in looking at the images/illustrations found in this book, instead of having to flick through over 700 pages by themselves.

The illustrations are very interesting to say the least and depict various places around italy. Almost all of them are titled in french, german and russian.

I am unsure about the age of those illustrations. Although it says published in 1835, I found some of the same illustrations on a stock photo site from another, even older book from around 1784, which depict the exact same pictures with more detail. So keep in mind that those images here could be re-tracings of even older illustrations. I will get to that other book in another thread, because it has multiple volumes. I still haven't found all of them.

I cropped the scans, autoleveled and resharpened them abit. They're as good as it gets, the scan quality from the site is a bit questionable.

I will be emphasizing and commenting some of which I found the most interesting below, and append the rest. They won't fit all in the thread, the rest is going to be in replies. The images are not in order.

Some of the Forum Romanum which isn't labeled "Capriccio" here but can be compared to Giovanni Battista Piranesi's "fantasy" drawings:

Here's why I believe the illustrations in the book are re-traced: The caption of the more detailed version says this:

Swabian Castle in Brindisi in real and google:

No google street view there, looks like a military zone.

Ferrara then and now:

Can you spot that arch on the shore? That's now totally hidden in an unsuspecting alley:

Post automatically merged: Nov 3, 2020
Now the next one is a rabbit hole in itself. It is titled "Palace of Theodoric" in Terracina. Which Theodoric? Terracina, Palace/Castle of Theodoric (The Great?):

Now you can't tell me that the so called "palace" is that tiny little building on that weird rock? I believe the whole rock, including the mountain, was the palace once.

How many civilisations in that above picture?

I don't know about you, but those look like huge chiseled rocks to me.

Here's the streetview link, so you can check it out yourself. I honestly don't know where the architecture ends and the "natural" rock starts:

This next one is probably the wildest. Who are those stairs for? Sicilia is a topic on its own:

Ehhhhm what? Church on rails again... I mean logs.

Those Theodoric ruins, they are not advertised anywhere either in Italy. Our mafia-masonic government is certainly a partner in crime.
For the true historical Theodoric, please look here:
Legends about Theodoric the Great - Wikipedia
Þiðrekssaga - Wikipedia

Without the name associated to it and with a conscious mind, I think these ruins could be labeled as Etruscan (not the people who lives in Tuscany, probably).

I have seen such things in Germany, some years ago.
Larger building that were deemed worth preserving were moved that way, when the land was surface mined.
East Germany, being not really wealthy, wacked a lot of cities and villages for brown coal, the only abundant domestic energy source.
The building was trenched up, AFAIK railway tracks laid (more than one in parallel), and the carriage stepwise mounted under the building.
Then it was slowly pulled away, with a speed of some feet per hour.

But the common residents were usually compensated (expelled and their 'unworthy' homes wacked).

Silveryou said:
Those Theodoric ruins, they are not advertised anywhere either in Italy. Our mafia-masonic government is certainly a partner in crime.
For the true historical Theodoric, please look here:
Legends about Theodoric the Great - Wikipedia
Þiðrekssaga - Wikipedia

Without the name associated to it and with a conscious mind, I think these ruins could be labeled as Etruscan (not the people who lives in Tuscany, probably).
Click to expand... 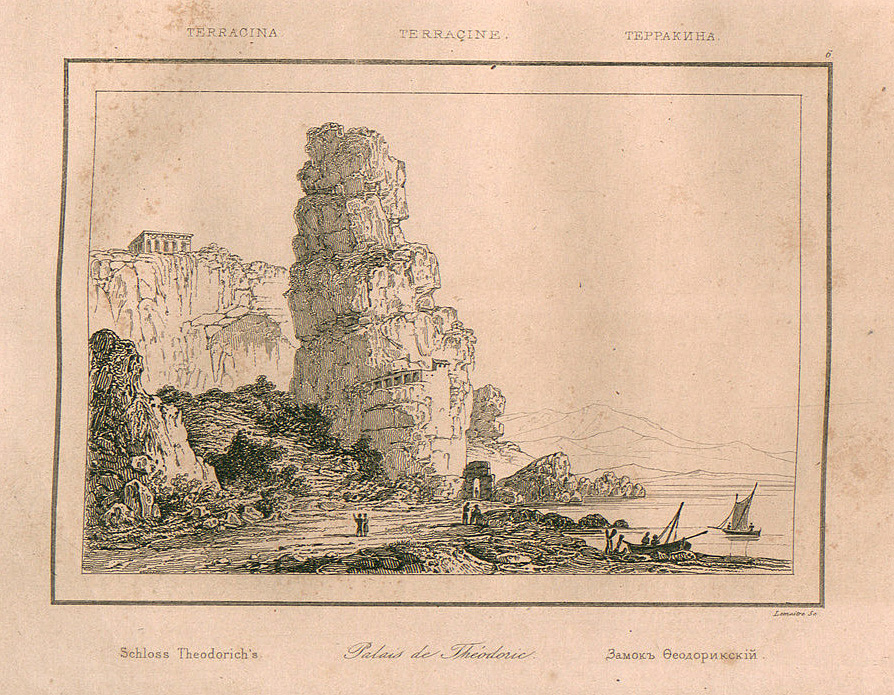 ​
This is a perfect example on the destruction and reconstruction of history perpetrated by italian nationalism. What was once the Palace of Theodoric the Great now has no name. They have a name for the promontory behind the ruins of the palace, the Pisco Montano, a little mountain, and nothing more. It is said on the wiki that the palace was in reality the temple of Giove Anxur (Tempio di Giove Anxur - Wikipedia) on the Pisco Montano, so famous with its 2000 years of history that there is not even an english wiki for this construction! It was surely not the authentic palace, in fact in all the images above the subject is always represented at the centre, obviously, while this temple is on the far left, with the authentic palace of Theodoric at the centre.

All the informations about the construction of the Appian Way on the italian wiki for the city of Terracina are copied from the english page which takes the informations from the Encyclopedia Britannica (1911 Encyclopædia Britannica/Terracina - Wikisource, the free online library). It is said on the Encyclopedia that
As you can see the road was re-adapted to pass in front of the palace. Historians don't know exactly when it was reshaped and they speculate it was done during Trajan's time. The italian wiki states shamelessly this hypotesis as fact.
I think the road was "moved" during the time of Theodoric to give access to his palace.

Here are some more pictures I found of "Pisco Montano" the so called "mountain": 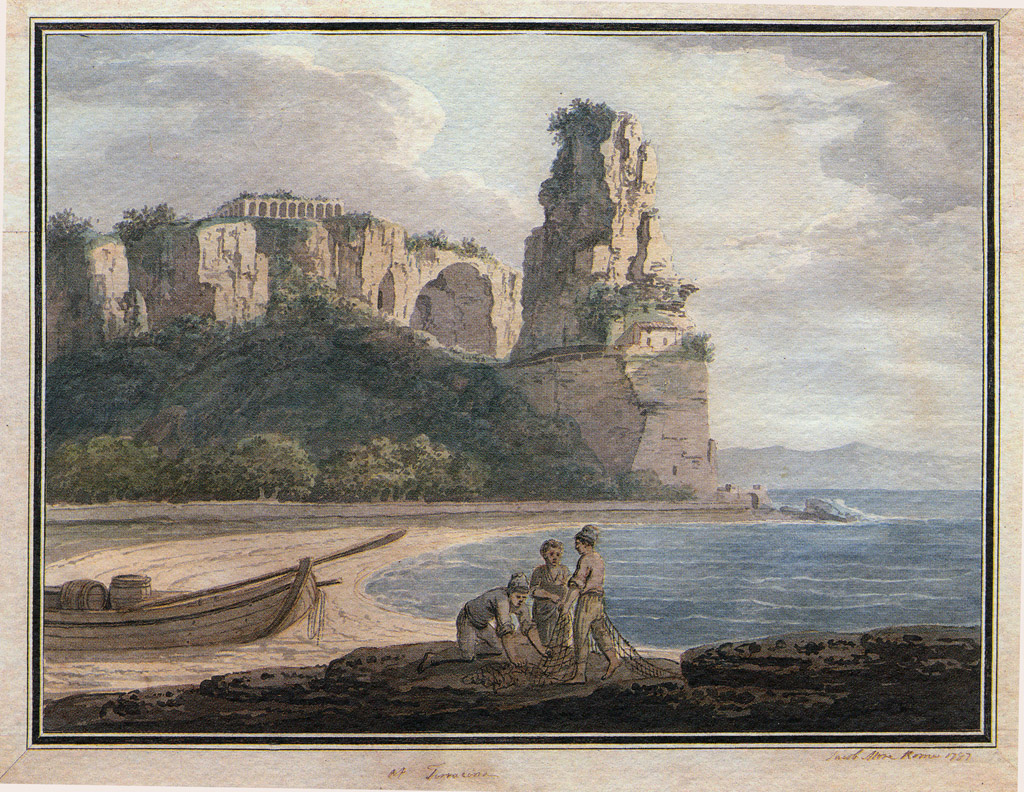 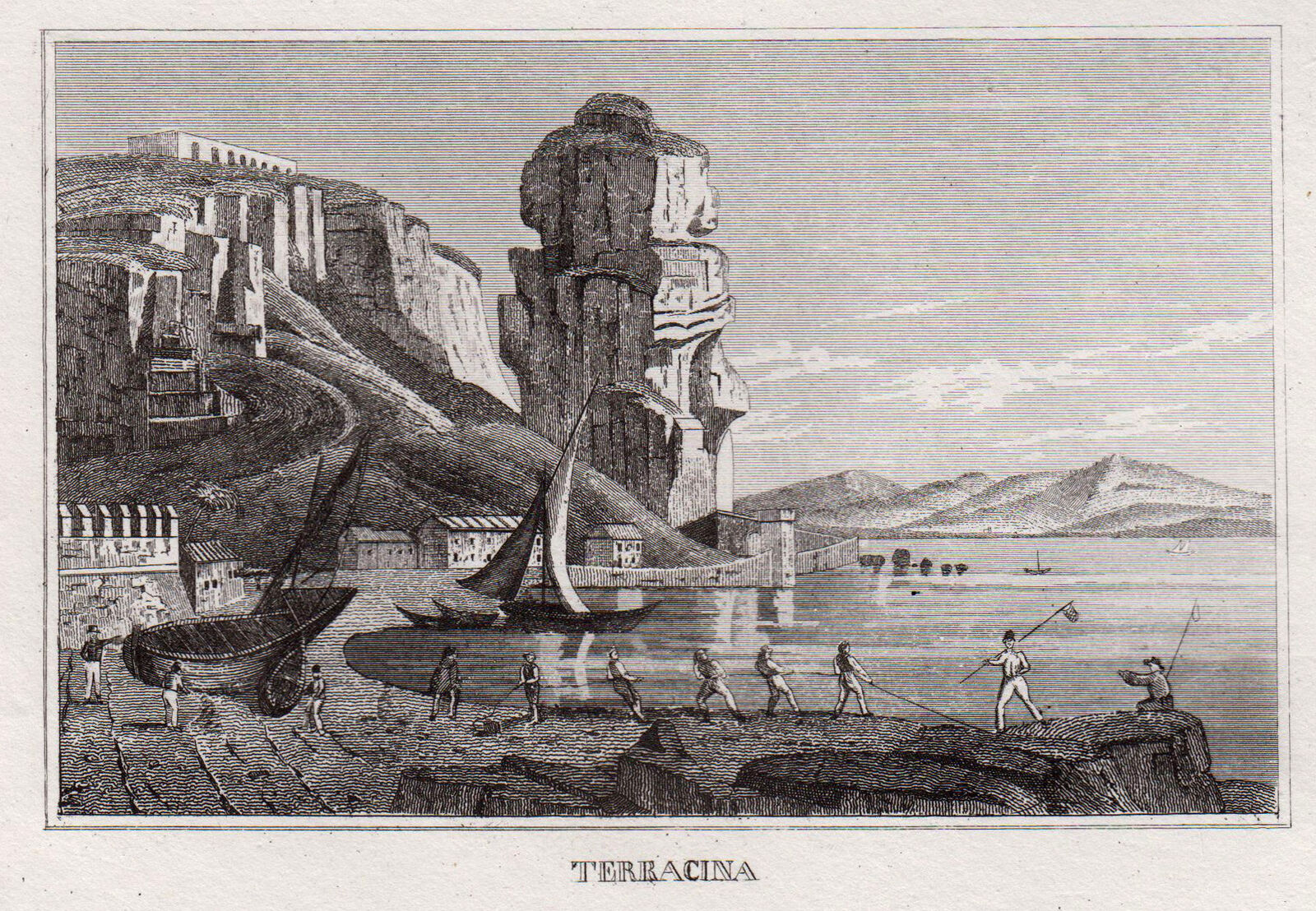 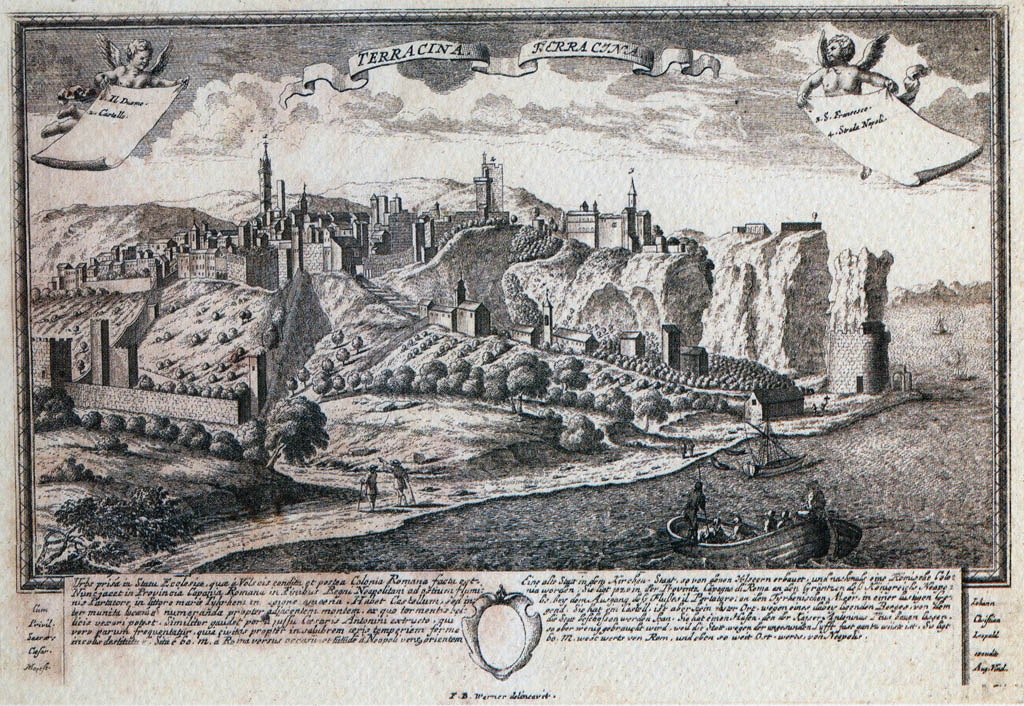 Wow there are some truly amazing pics here, will take me a while to get through them, but here is a start,

Brindisi castle, small attachment to a very big fort with some satellites, 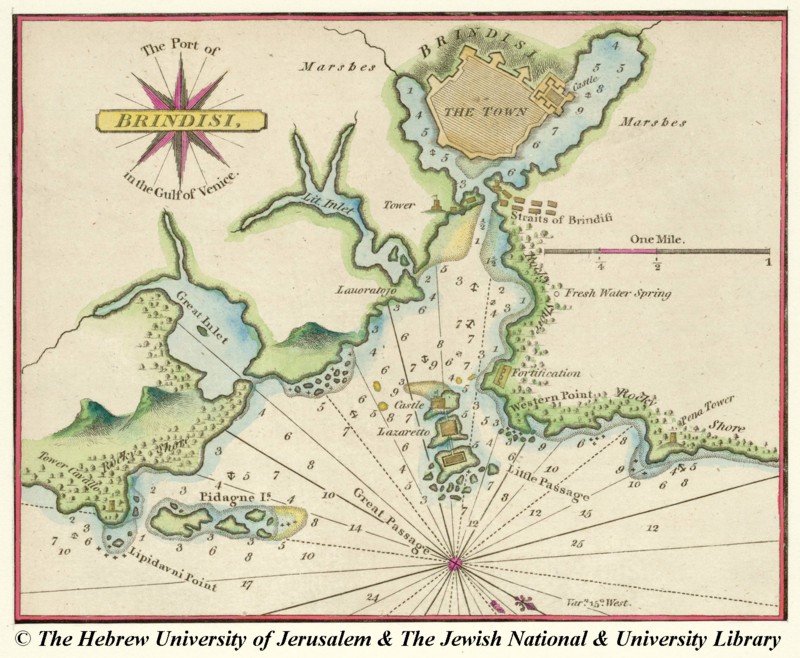 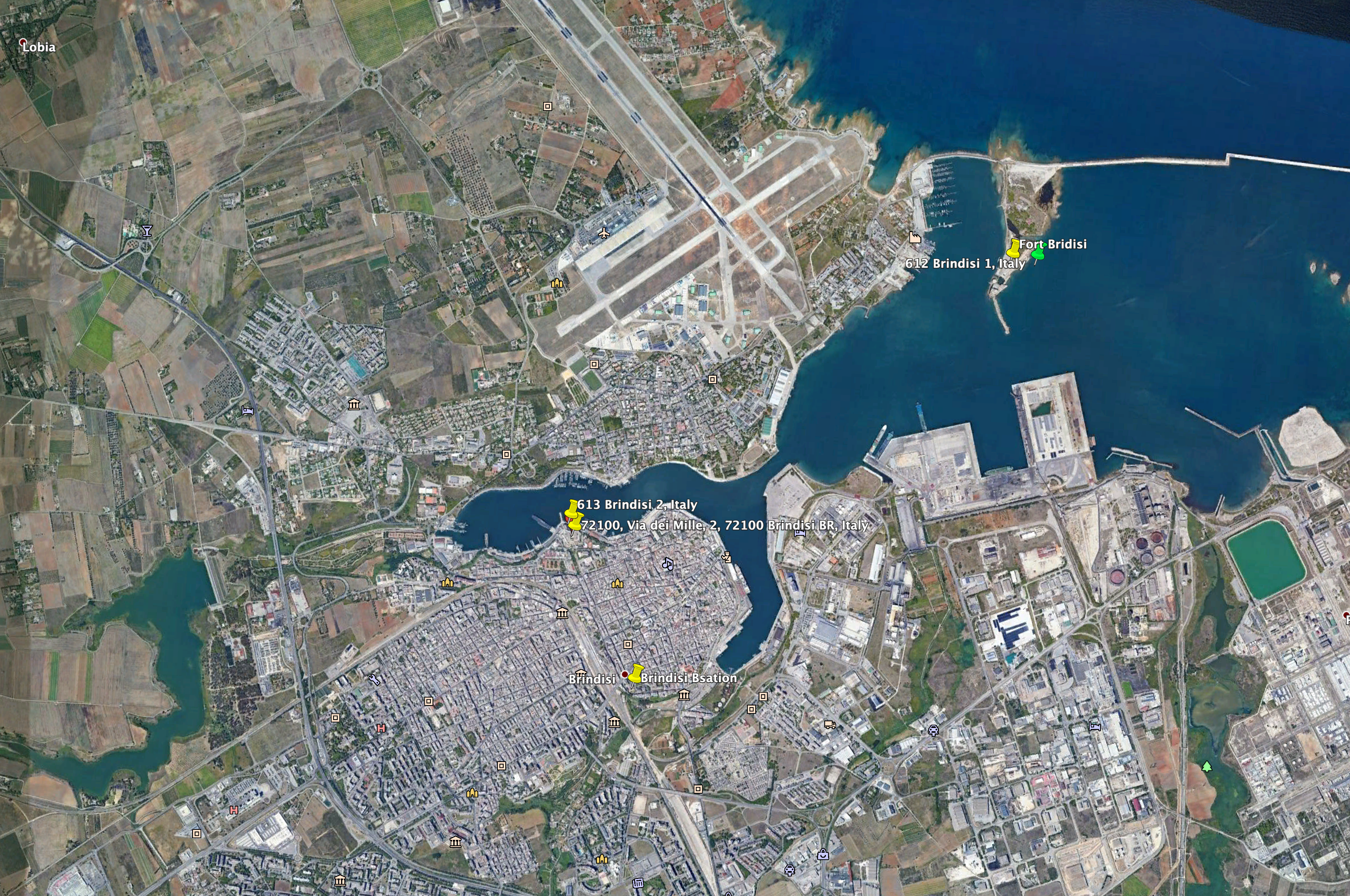 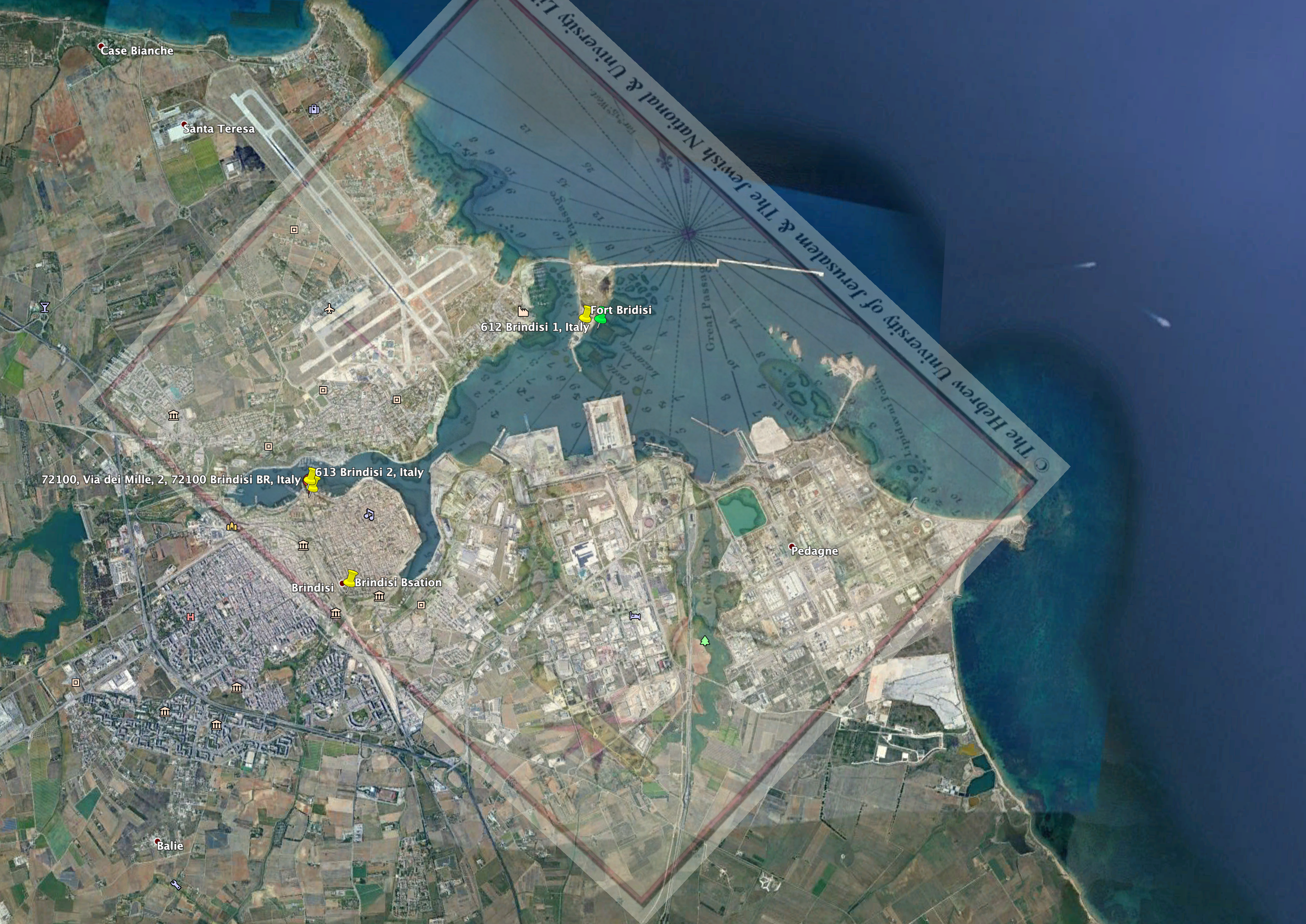 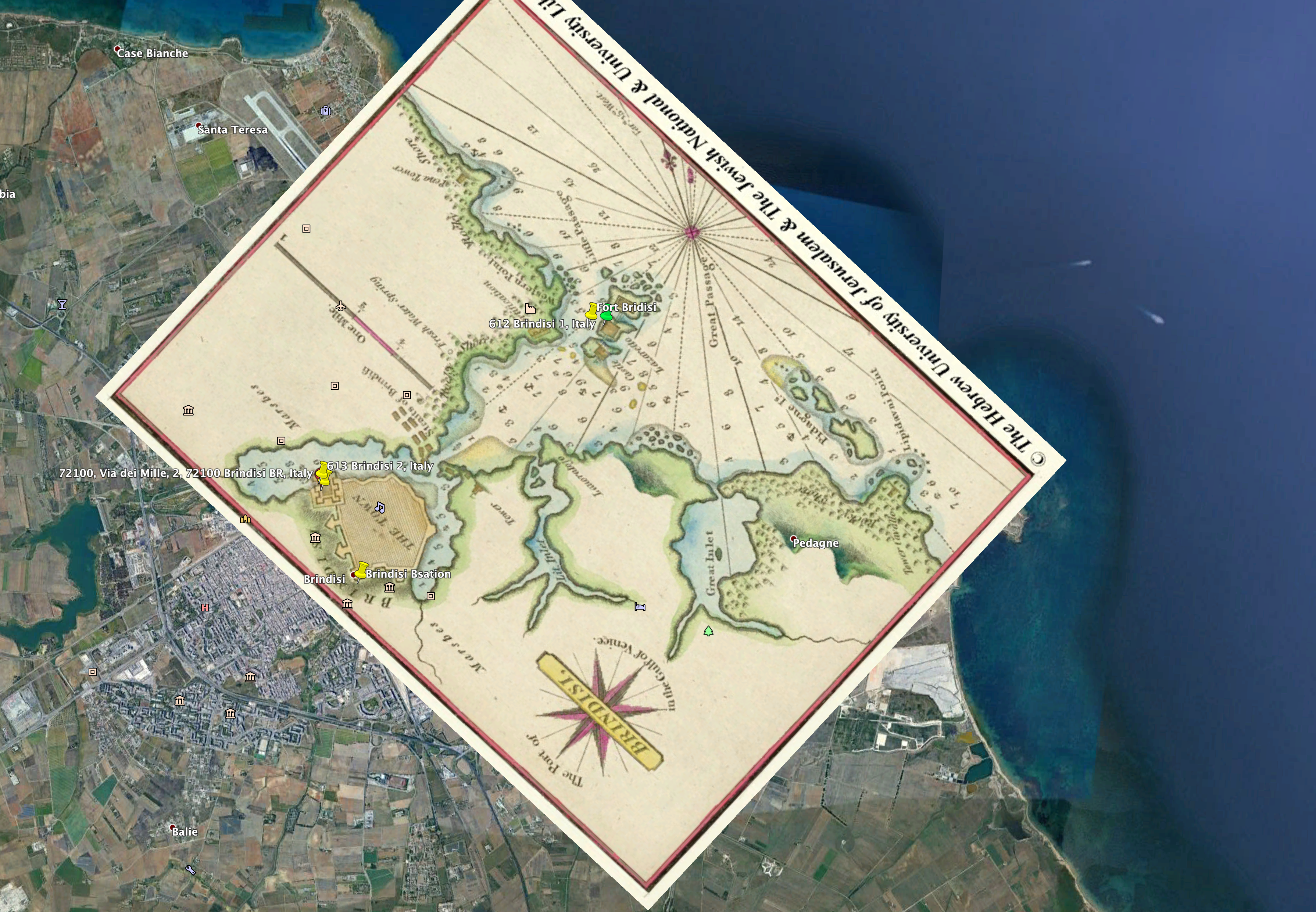 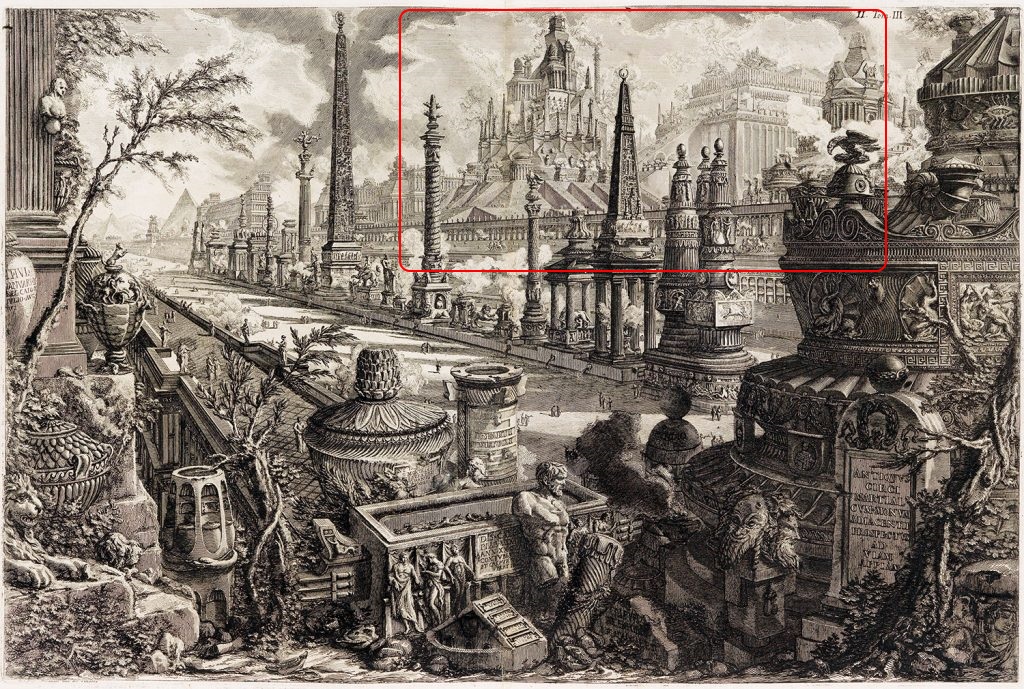 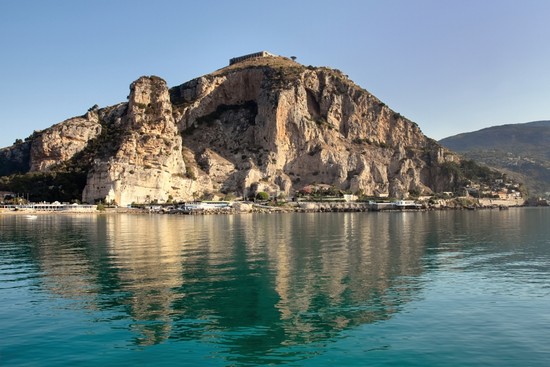