KD mentioned mythological artwork from the 15th century compared to "realism" of 16th century art so, of course, I had to check it out. What I found was mostly religiously themed artworks but some of the paintings were beyond bizarre. A 15th century selection for your viewing enjoyment follows.

Is he presenting information/scripture to the bishop?

Are they trying to tell us something?

Beam me up, Scotty.

This is what happens when you can't watch tv.

Just a girl and her ubnicorn

Who were they fighting?!

Temptation of St. Anthony.
(bet he won't be tempted to eat those mushrooms again)

I fully expected to see David Bowie in this one.
(J/K. This is from a modern artist)

​
Did the Renaissance painters do a lot of psychedelics or could some of these depictions be actually witnessed creatures? All pics from here.

I believe that Renaissance art was definitely trying to tell it like it is.

The bishop is receiving orders from a demon that resembles what many UFO prophets say is a regressive reptilian being. The image lends some support to the story that Emperor Constantine made a deal with the nasty folks that burned the Library of Alexandria, moved the scrolls to Constantinople, and together created Christianity out of Mithraism to further enslave peoples minds with "hope." The "demons" were the organizers in the back room. Don't crucify me, but this does make some weird sense if one studies all the fractured data on the last 12,000 years.

The woman getting telepathic information from a spacecraft is right on the money when considering the concept of today's psychics and "channelers." People's halos were not about being righteous or godly, but it represented people who still had higher dimensional consciousness abilities.

Unicorns may have once existed in 5th density or higher in Prediluvian times, but since cartoons and Barbie commercials have ridiculed them, well it seems ridiculous.

The many flying discs in their body of old artwork is also telling.
The demon in wine: Its said that alcohol was given to the human race by the Annunaki kings to keep us compliant, happy, and numb. Its also said that it creates a portal in the brain to let in "spirits," (Jinn, Archons, ect.) hence the nickname. Anyone done something unsavory when drunk and not remember it?
I did.

Thanks for the kind words.

The Bible mentions dragons and unicorns as if they were real creatures at the time of writing (as well as other now extinct creatures). Detractors like to use these examples to discredit holy writ but there are a lot of non-biblical documents and art works mentioning and depicting these creatures as well.

There are documents talking about unicorn hunts done by nobles (like fox or boar hunts were done). The reason given for hunting unicorns was that they were aggressively antagonist towards horses which were useful to humans while unicorns were untamably useless.

Many cultures mention dragons or dragon-like creatures such as winged serpents. The famous story of St. George slaying a dragon may or may not be allegorical. I find it curious that there's artwork depicting unicorns and dragons as pets (but only small ones).

The spaceships/aliens art pieces are just bizzare. There's a surprising amount of it too.

I wanted to point out that below in the Similar Threads section is another title with the same name as this article implying that the articles are linked or related. They are not, nor was it written by me in case someone mistakenly wants to credit me.
It looks to be comments from a Sarcastic Discoveries article that I don't remember who wrote.

I'm overwhelmed by pushamaku's recovery efforts for this site and can't imagine the difficulty he endured on our behalf. I can't even figure out how to get my avatar back up. LOL. Not complaining, just not wanting to take credit for someone else's work.

Again, thanks for the kind words and offering your interesting take on historical artwork.

Post automatically merged: Oct 19, 2020
It's come to my attention that I may be losing my mind.
The linked article may have been written by me and wasn't memorable enough for me to remember doing it.

I'd like to say that alcohol was involved but I don't drink so the alternate excuse is I'm senile. Had to happen eventually, I guess.
Linked article isn't open for replies anyway so stick with the crazy lady on this thread and we can explore crazy art together.
Last edited: Oct 19, 2020
J

Just to add up on the topic, i study at the moment the Urbano Monte world map, which was made in 1587. On this map you can find so many intriguing things, such as :

City on a lake in north america ? 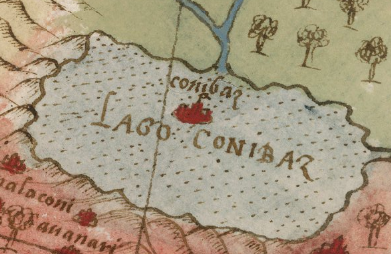 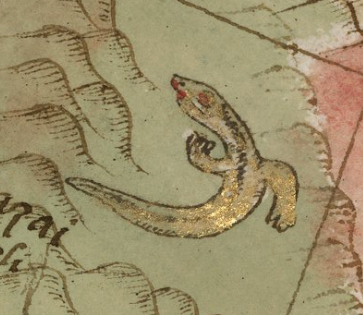 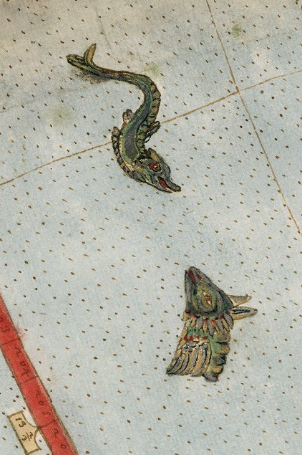 Man beating a dragon ? Also, look at the outfit, typical of a caveman ? 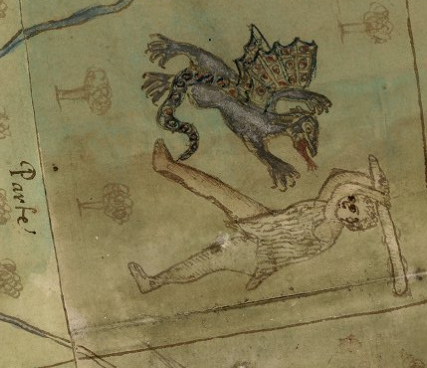 Dragon fighting a lion ? with no fire 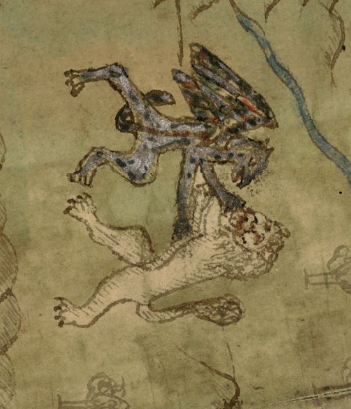 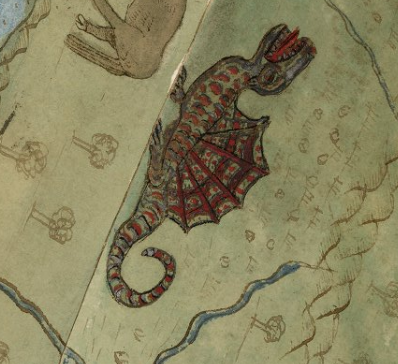 This is just a small sample of what you can find on this map, there are giants, hyperborea, Hi-Brasil (Island beside ireland), chinese fleet and so much more ! It's all in old italian, and well i am a french canadian so not very good with the translation.
Beside many mythical creatures, there are some texts that explain like this one, that i partialy suceed the translation : 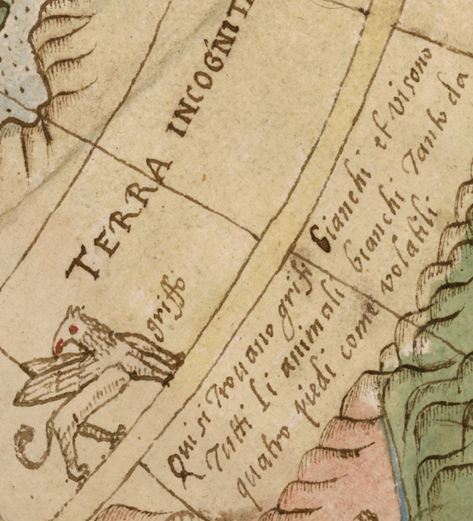 Located in north america, you can read this :

In english, it goes as follow : We find here white griffins and visons, all the animals (?tanh??) white with 4 legs like stering wheel (Or with wings and flying, depending of the translation)

As stated, there is so much more on this map, and i have worked the translation bit by bit, but everyone should go and take a look.
A complete and detailed map of the world in 1587.

Jsallard
You must log in or register to reply here.
Similar threads