Do the ruins of Shimao and Sanxingdui in China have any similarity to the Mayans?

More than 500 gold objects and other precious materials have been unearthed in the ruins of Sanxingdui, in central China. These are offerings related to the ancient state of Shu, which developed independently in the Sichuan Basin. Sanxingdui - Wikipedia 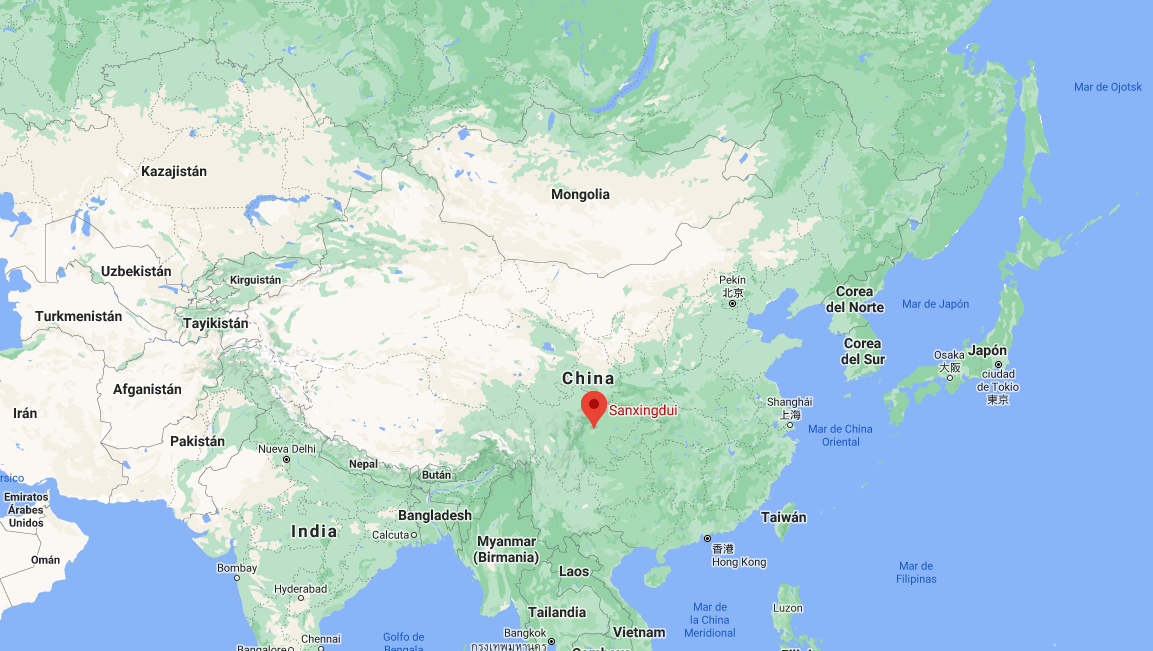 Sanxingdui - Wikipedia more than 500 objects made with precious materials in various votive pits that were discovered between 2019 and 2020. Among the recovered pieces, some of which are up to 3,000 years old, are ornaments and fragments of gold and bronze masks , sheets of gold and utensils of jade, ivory and bone.

​
These are pieces related to the ancient Shu culture, a civilization that developed independently from approximately 2,000 BC. until 316 BC, when it was conquered by the Qin state.
I do not trust much either in those distant dates.
The Sanxingdui ruins, which were discovered in 1929 and began to be excavated in 1986, have been considered one of the great archaeological finds of the 20th century and are on the list of nominations for the UNESCO World Heritage Site as "a exceptional testimony of the civilizations of the Bronze Age in China ”.
The next archaeological point in China is as follows:
They discover surprising engravings and evidence of human sacrifice in an ancient Chinese city.
A 4,300-year-old fortified city with a step pyramid - known as Shimao - more than 60 meters high challenges traditional ideas about China's ancient history. Shimao - Wikipedia 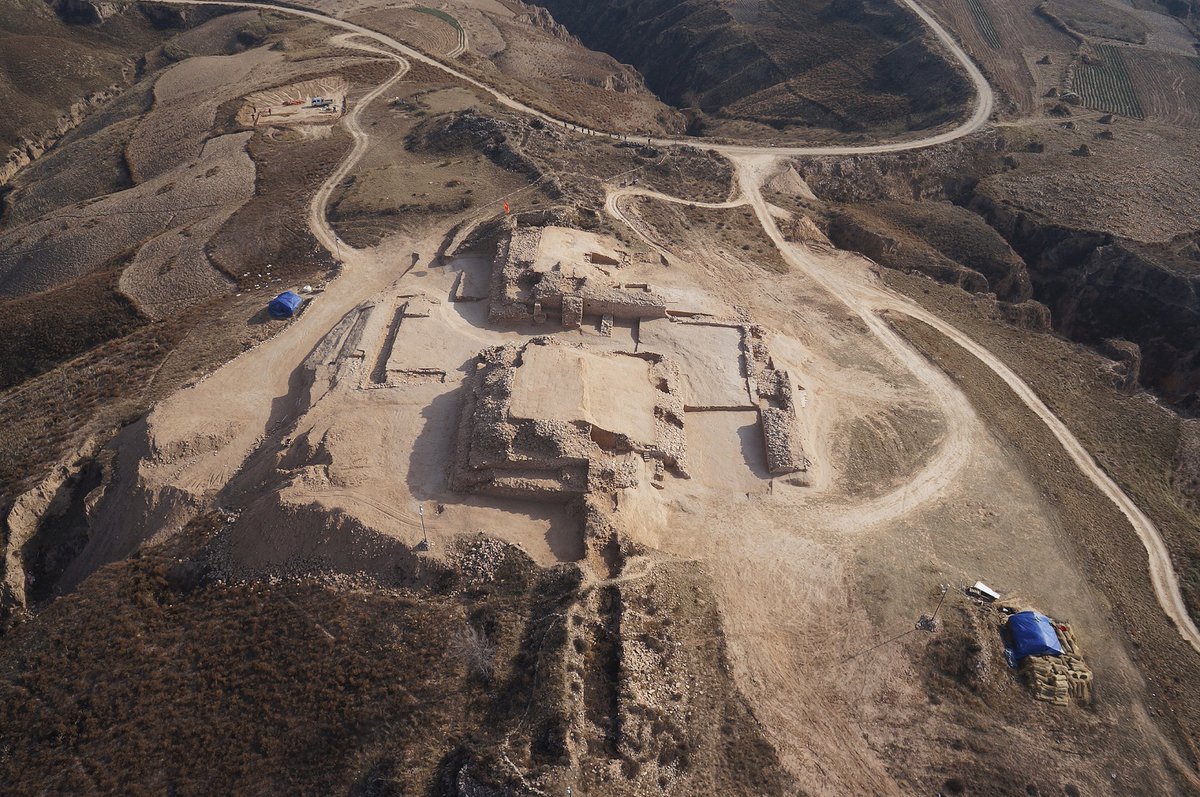 Residents and looters began to find jade fragments among the rubble, some of them shaped like discs, knife blades, and scepters. Jade is not indigenous to the northernmost part of Shaanxi Province - the nearest source is nearly 1,600 kilometers away - and it was not a known feature of the Great Wall. Why, then, would it abound in a desolate region so close to the Ordos desert?
The stones were not part of the Great Wall, but were the ruins of an extraordinary fortified city. The current excavation has revealed nearly 10 kilometers of protective walls surrounding a 70-meter-high pyramid and an inner sanctuary with painted murals, jade objects, and terrifying evidence of human sacrifice. 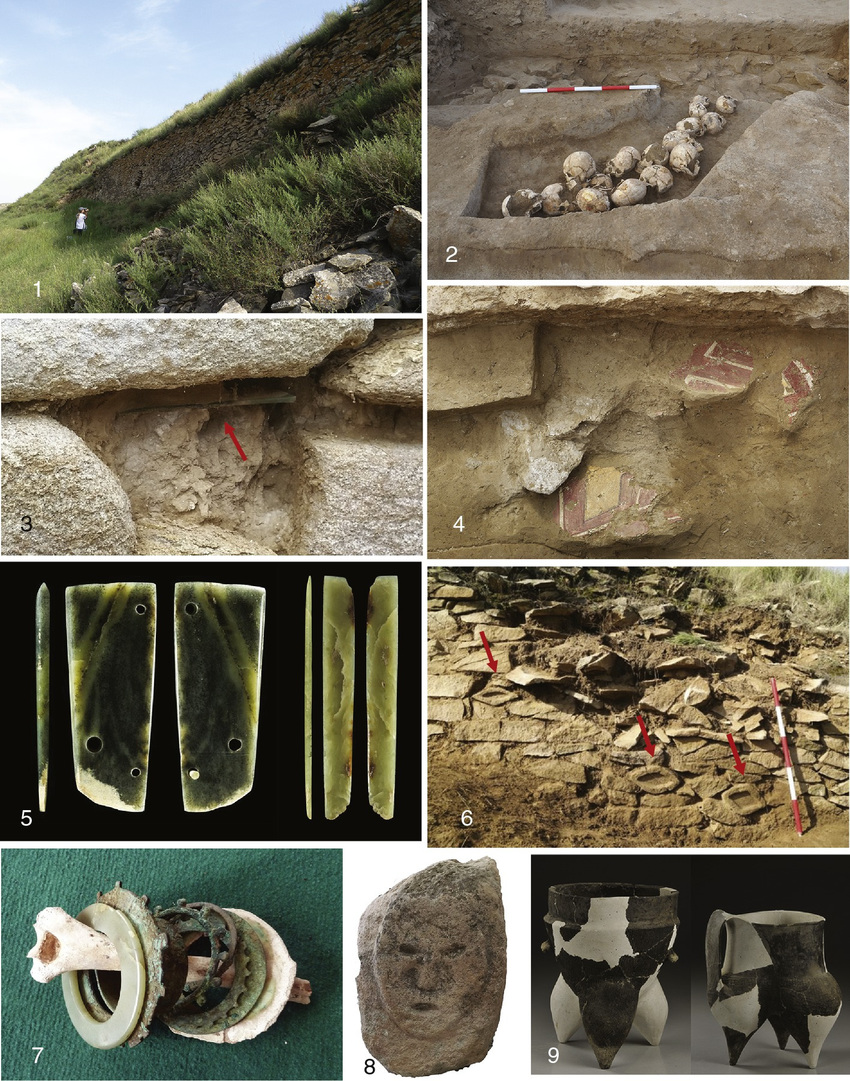 It is also curious that carbon-14 dating determined that parts of Shimao, the site's name (its original name is unknown), date back 4,300 years, almost 2,000 years before the oldest section of the site. Great Wall of China and 500 years before Chinese civilization took root in the Central Plain, hundreds of kilometers to the south.

Here come the similarities with the Mayan culture.
Shimao Ruins

​
I'm not really sure about this figure. Sanxingdui, Chichen Itza.

​
Do you think there are things that agree here? between Sanxingdui, Shimao and Chichen Itza.
Thanks for your attention, mates.
You must log in or register to reply here.
Similar threads