Doppelganger - an apparition or double of a living person.

There are many doppelgangers throughout history. These are just 2 examples. Mere coincidence, or... You tell me.

Note: Archived SH.org replies to this OP: Doppelgangers throughout History
Click to expand...

The OP brought the following to mind:

Note to readers: We are, at this time, four writers on this blog. (We are always on the lookout for new voices, by the way.) Each of us has traveled a different path to develop our own perspective…

Nicholas of Holstein-Gottorp-Romanov, George of Saxe-Coburg and Gotha, Wilhelm of Hohenzollern - were brother-emperors of First World War:

Many people pay attention to the similarities between Nicholas of Holstein-Gottorp-Romanov and George of Saxe-Coburg-Gotha: 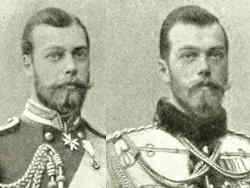 Photo from the article "British Royalty and the NSDAP": 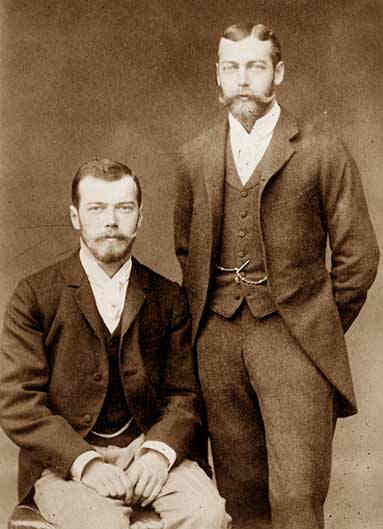 Also many people pay attention to the similarities between Nicholas of Holstein-Gottorp-Romanov and Dmitry Medvedev, the previous president of Russian Federation: 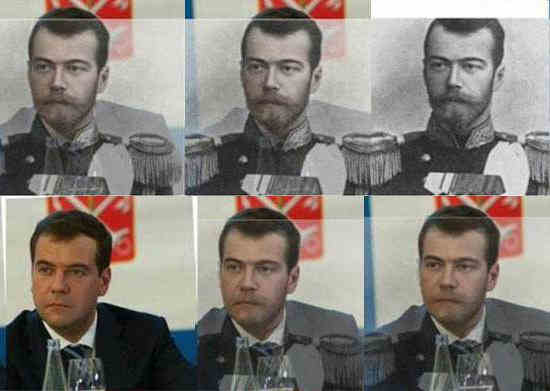 It should be added that many people pay attention to the similarities between Dmitry Medvedev and Boyd Rice: 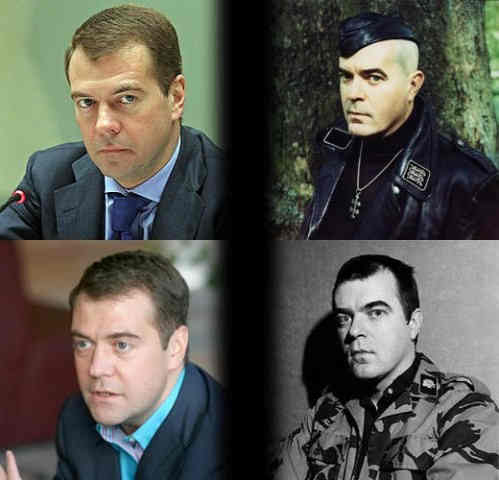 Most likely, like all mammals, they had common ancestors: 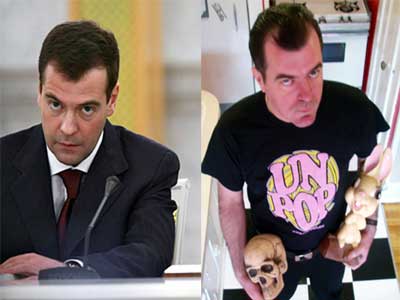 Once a journalist asked Kissinger to explain the meaning of "shuttle diplomacy" tactics in negotiations.
He replied:
- Oh! This is a universal Jewish method! I will explain it by example:
You want to marry Rockefeller's daughter to a simple guy from a Russian village by shuttle diplomacy.
- But how?
- Very simple. I'm going to a Russian village, i find a simple guy there and ask:
- Do you want to marry an American Jewess?
He's replied:
- What the flock?! We have a lot of girls of our own.
- Yes. But she is the daughter of a billionaire!
He is:
- Oh! It changes the case...
...then I'm going to Switzerland, to a bank board meeting, and I ask:
- Do you want to have a Siberian man as president?
- Ew, - the bankers tells me.
- What if he is Rockefeller's son-in-law?
- Oh! It certainly changes the case!...
So, yes, i'm going to Rockefeller's house and asking:
- Do you want to have a son-in-law of a Russian man?
Rockfeller's answer:
- How dare you say that? In our family everebody are financiers!
- And he is, in fact, President of the Swiss Bank!
- Oh! That changes the case! Susie! Come here. Mr. Kissinger found a fiancé for you. This is the president of the Swiss Bank!
Susie:
- Fi... All these financiers are sickly or faggots!
And i answer her:
- Yes! But this one is a huge Siberian man!
- Oh, oh, oh, oh! It changes the case.
Click to expand... 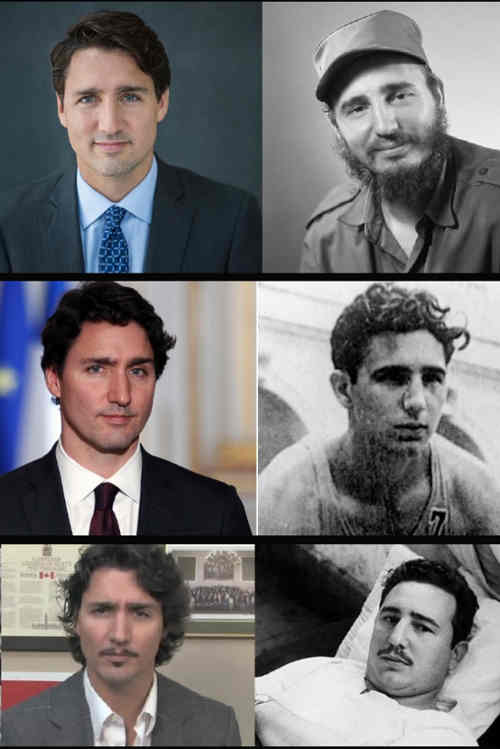 Margaret Trudeau's Cuban memory: The dictator who cuddled her baby 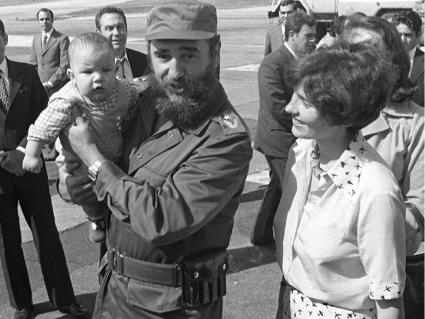 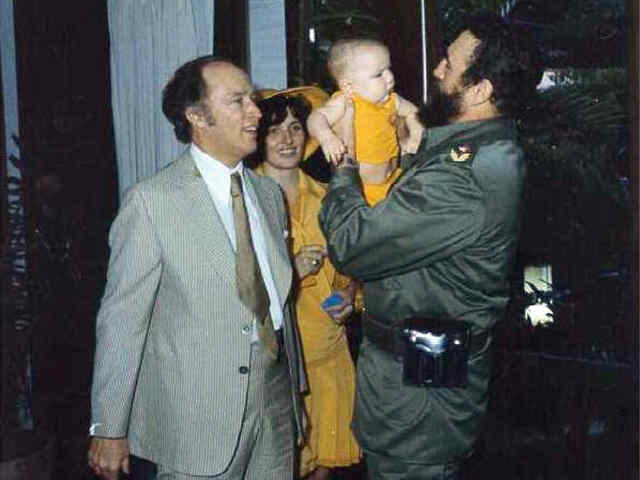 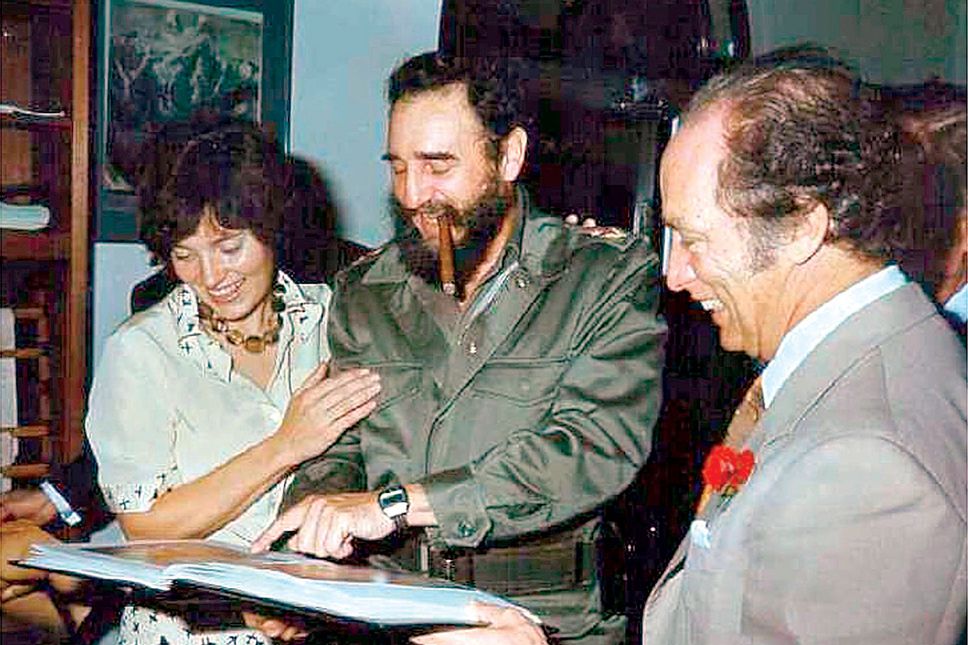 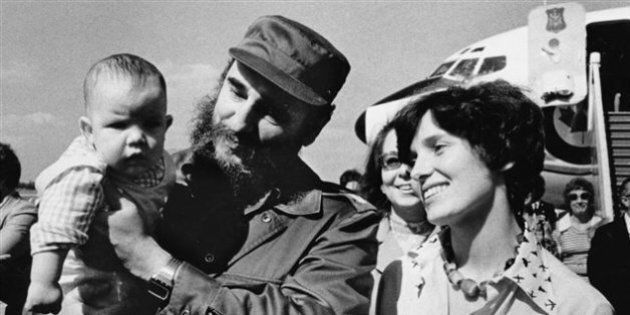 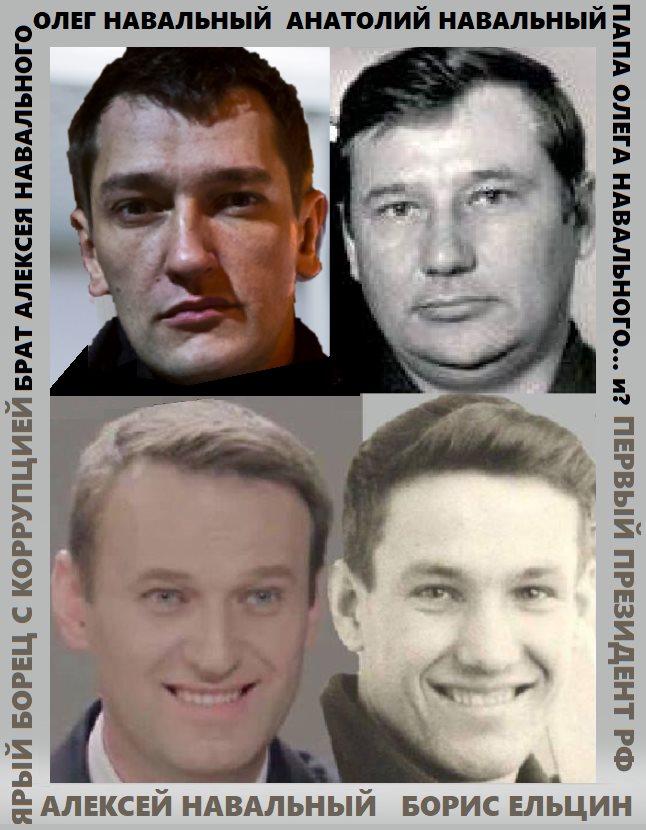 There was a thread on old Sh about a clone farm, or maybe just the murmurings of one just be fore the rug was pulled, but if i remember it had some quite sketchy sources, some guys dairy form a farm where the clones have to write popular music and act like the famous celebs for replacement purposes.

Interesting subject which clearly has some merit as the maths/chances of doppelgänger are meant to be, excuse the pun but, "astronomical"
You must log in or register to reply here.
Similar threads