While looking for possible wars that relate to the fall of the old world, i stumbled upon this rather unknown conflict from 1700-1721, while i never heard of it in school, there is still a lot of information about it.

First a short summary of the official story:

After the 30-years war, Sweden was the dominant power in the North, but being poorly populated compared to other empires, it relied mostly on its military force, and certain vital trading cities like Riga, as with many other norther conflicts before, this 21 year war was about controlling the baltic sea, and first Russia and it's allies attacked, the Swedes could hold off for a while until the Battle of Poltava turned the tide, but the war went on for many years, because the swedish king was stubborn and hungry for war, so that after his death in 1718, the already pointless war could come to its end in 1721, and Russia emerged as the most important victor.

This was just a translation of the german Wiki, and the pictures show star forts, where important battles of this war took place. 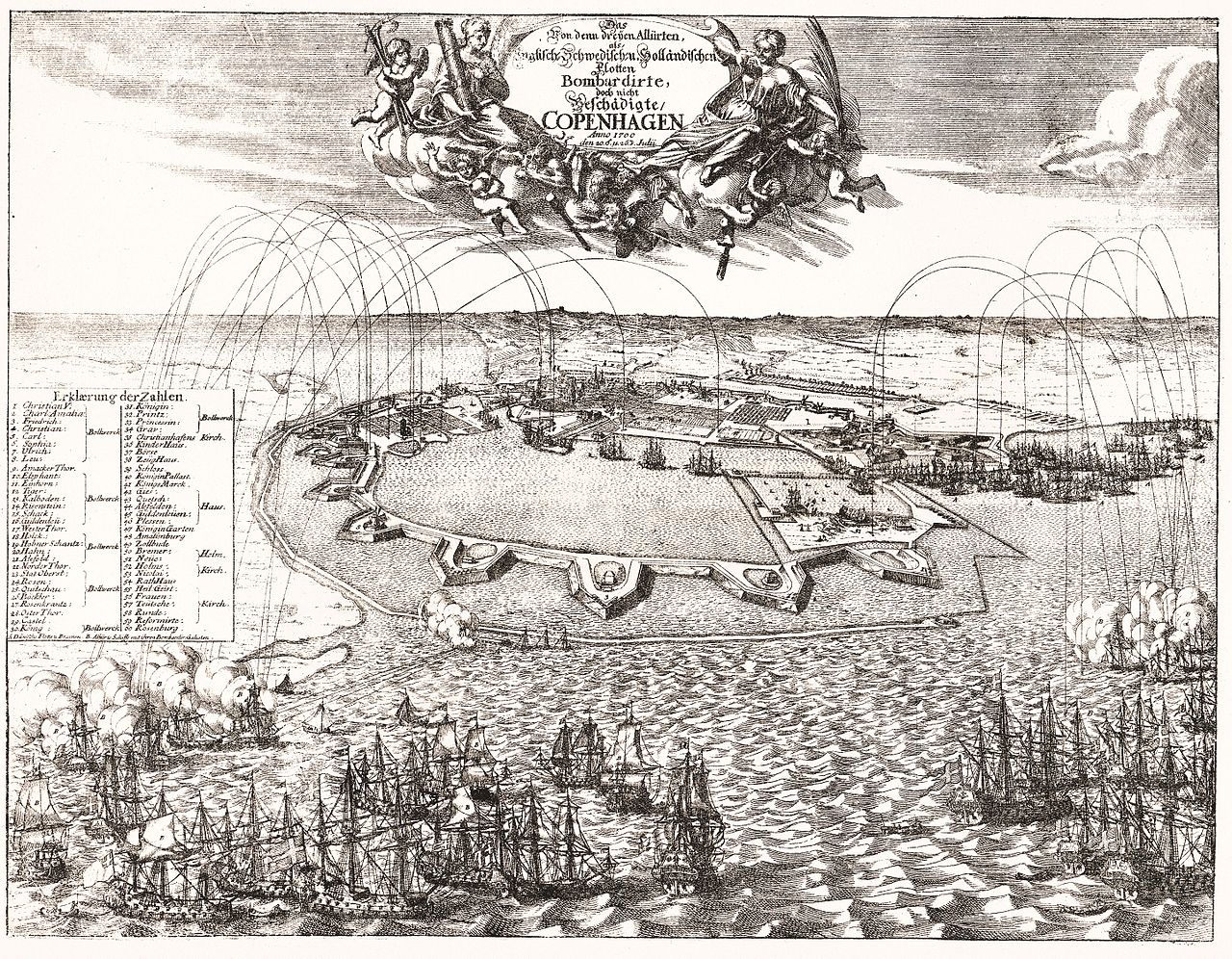 ​
So we have this huge northern conflict, where the czarist Russia, fought against Sweden, but many other nations got involved, Netherlands, Prussia, England, Saxony and even the Osmanic empire, allied to the swedes, and some nations switched sides like Great Britain, which was also founded in the time of the war.
This was a major battle, that is related to the fall of Tartary, as from 1721 onward the Romanovs with Peter the Great, reigned in the now called "Russian Empire", but we don't see that on maps from that time: 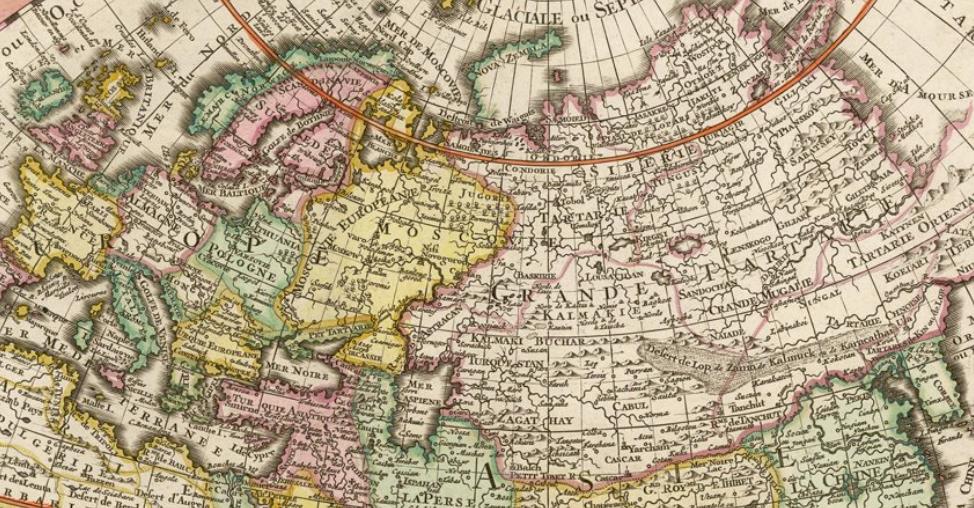 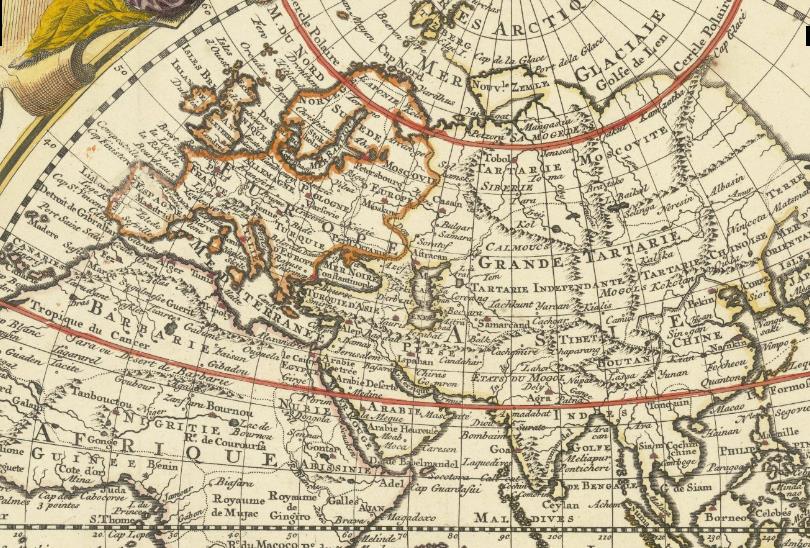 ​
These are from 1721 1730 and 1740 according to official sources.
We see that "Moscovie Europe", where the Romanovs reigned, is only a small part in Europa, and they still had to fight against the Golden Horde of Tartaria, or the "Muscovite Tartary" according to Formenko, which means, this war is connected to his theory.
A possible scenario might be that this war was a preparatory effort of the dark forces to destroy the Old World, because they had to control the trade route from Novgorod over the Hanseatic Cities and London all the way to Venice, that's why this war was fought to gain power in the baltic sea, as the official story states, and it started in Riga, and important trade city.

One major reason for this was to set the Romanovs up with enough supply routes in their fight against the Golden Horde, but that still doesn't answer why so many nations where involved so there is also the possibility that some events might have been misplaced and correlate to the period of the Atlantic Revolutions from ca 1750-1850, which are the destruction of the Old World, and also there is the connection to the 30-years war, which is another huge battle against the central part of the old world.

So, this just is another puzzle piece to consider, when we try to figure out the events of our past.
Last edited: Feb 24, 2021

Now, here is a possible take how this war might be connected to the prior 30-years war and the later revolutionary wave.
We know that the 30-years war started as a religious conflict, but many other nations got involved, and it is not really clear why this war was so savage, and if we follow the theory presented here:


dreamtime said:
The Reformation did not happen in the way we are led to believe - in reality it happened the other way round, i.e. the Catholics were the Reformers (the other group were the Protestants who protested against the Catholic changes to the Holy Scriptures; the meaning is in the name).
Click to expand...

things start to fall together.

The 30-years war started the first phase, as the Old Worlds religion was destroyed, and what we understand as the holy roman empire today emerged, meaning the takeover of the Old Worlds Central Government by the Vatican and the venetian trade cartel (dynasty).

There is a saying to this day in Germany "The Swedes are coming", referring to their savagery in the 30 years war, so they were possibly used as a pawn in this war against the central part and then eliminated by czarist Russia in the Great Northern War, so these might be closer together.
After this everything was put in place, for the Romanovs fight against the eastern part and the Golden Horde. This was Phase 1, or what modern historians refer to as the "General Crisis"

Phase 2 is the Age of Revolution, that concluded with the second world war and was the ultimate division and destruction of the Old World, which i think started with another internal takeover of the dynasty by the Illuminati. We see this pattern often that certain groups or nations are used and then later eliminated. Think of how many Bolshevik jews were later purged under Stalin.
Last edited: Feb 25, 2021
M

Are we sure that wars were fought there in the way they say? For instance what if a disaster happened to a country, and it is devastated. Other countries could occupy it without opposition. We have narratives of wars with tens of thousands of men in armies moving across continents like Napoleon's invasion of Russia, but where are all the bodies of French troops? They seem to be missing from the landscape. I think that many wars of the past were disasters and catastrophes that enfeebled one side or both that were rewritten to military victories rather than fortuitous calamities that allowed neighbors to move in. A prime example of this is the claim of the Hebrews caused the walls of Jericho to crash down by blowing horns and defeating the enemy whereas it was a fortuitous earthquake that destroyed Jericho.

Magnetic said:
Are we sure that wars were fought there in the way they say? For instance what if a disaster happened to a country, and it is devastated. Other countries could occupy it without opposition. We have narratives of wars with tens of thousands of men in armies moving across continents like Napoleon's invasion of Russia, but where are all the bodies of French troops? They seem to be missing from the landscape. I think that many wars of the past were disasters and catastrophes that enfeebled one side or both that were rewritten to military victories rather than fortuitous calamities that allowed neighbors to move in. A prime example of this is the claim of the Hebrews caused the walls of Jericho to crash down by blowing horns and defeating the enemy whereas it was a fortuitous earthquake that destroyed Jericho.
Click to expand...

This is a fair point, and maybe it is the case, that of all these events being summarized as the General Crisis and Age of Revolution, the first is referring to the cataclysm and second to the following wars/revolutions, or maybe both are actually one reset of the old world.
But i think it is safe to assume, that these two terms, used by modern historians, disguise the disaster/war that took down the old world.
Last edited: Feb 25, 2021
M

Several wars close to this time period that are questionable: American Civil War, The War of 1812, and the Revolutionary War in America. These wars seem to be fought where there seems to be cities destroyed by catastrophes that do not look war like. For instance the Civil War had photographers embedded in the Union army, yet there are no photos of the armies in battle. Why? Russian researchers have shown that in the times of the warof agricultural societies that the amount of men available and the supplies would be extremely limited. They could not fight protracted wars because the supplies would run out in a few weeks. When you look at the logistics of war fighting without modern supply trains the fighting would have to end quickly. I think the narrative of massive armies fighting across fronts of hundreds of miles and having resupply sufficient to keep them going is only found in modern warfare of heavily industrialized states. The 30 Years War may have been 30 years of disasters and when the smoke cleared the survivors took procession of what remained. Of course there could have been actions in those areas but the course of the "War" was the disasters

I feel secure in saying no war is what the recorders of war tell us it was. That is certainly true for WWII as evidenced with my talks with three men who served in the War. If anything it seems like a lot of small events and very few big events took place independently of each other for the most part that have been cobbled together by historians into one homogenous mass.
I feel certain the same applies to all war histories.
I was taught about the Thirty Years War in secondary school and can remember little about it. Adds nothing to the thread except it shows schooling is a busted flush the world over.
You must log in or register to reply here.
Similar threads