Hello! I want to give you the real topics about the Bible and Bulgarian history

Библията и българската история Here you will find all the topics of the Old and New Testaments written by me.

The Pyramids of Giza and the Plovdiv hills

After reading the above title a "normal" person would say: "What could there be in common between the Giza pyramids and the Plovdiv hills?” It seems that the old kings were better aware of the greatness of Plovdiv than the Bulgarians themselves are today. There are only two external similarities. There is a complex of pyramids in Giza whereas there are seven hills in Plovdiv. But if we look more closely we will discover more things. Let us recall now what we know about the pyramids. The largest ones on the Giza plateau are three. These are the Pyramid of Cheops, the Pyramid of Chefren and the Pyramid of Menkaure. Beside them there are several smaller ones that remain unnoticed to the broader public. Against them there is a huge sculpture known as the Egyptian Sphinx. It is a big animal lying down, probably an ox (or a bull) with lion's paws and a human head. If we imagine that the body of the bull also had wings, we will find out the symbols of the Four Evangelists. But it would immediately imply inconvenient questions for the historians about the time and Christianity on the territory of ancient Egypt. The Egyptian pyramids are the only one surviving wonder of the Seven Wonders of the Ancient World.

According to my research there were no Pharaohs with similar names, and the pyramids have been named after the three inner planets in the Solar system.


The name of Cheops has resulted from misreading the hieroglyphs.


The sounds G, K and H are interchangeable in different languages. If we replace the letter H (Ch) with G in the name of Cheops as well as P with B (because the Greeks have no letter B in the alphabet and often replace it with P), then we will see the real name of the pyramid. It is dedicated to Geb, the god of the Earth in ancient Egypt.

"Geb (Gebos) is one of the nine major gods in the Egyptian mythology. Geb is the god of land, a member of the Ennead of Heliopolis. His wife is Nut. According to the original legends it was by Nut and him that the Sun Ra was conceived. But in the Heliopolis cosmogony he was the son of Shu and Tefnut and father of Osiris, Isis, Seth and Nephthys. According to "Pyramid Texts" he really reigned - as heir of Ra. Subsequently he was assigned a cult in the image of a man, sometimes with a goose on the head as the hieroglyph that it symbolized represented that animal. In Bata, near Heliopolis, there was a sanctuary dedicated to him. Most often he was depicted recumbent on the ground and leaning on his left flank and elbow, while the right ones were slightly raised. His gaze is almost always directed downward. According to the Egyptians, his body represented the ground, vegetation grew from his back, and barley grew on his ribs. He was often depicted with goddess Nut bowed over him. Sometimes he was portrayed in a state of erection, a symbol of his power. Geb and Nut, unlike the other gods, were depicted naked. It is assumed that this is connected with the belief that they were lovers. Another, though rarer way of portraying him, is in the form of a goose (space goose, the great gobbling bird). Geb is associated with the green and black colours. He closed the souls of evil men and women and did not allow them to ascend to heaven. "

Gebos, not Cheops, was the real name of the largest pyramid at Giza.


The second pyramid is the Pyramid of Chefren. It is slightly lower than the Geb’s pyramid, in an equal ratio as the ratio between the sizes of the planets Earth and Venus.

So we can convince ourselves that Venus is hidden in the name Chefren. The second pyramid was dedicated to her.


Logically, the third Pyramid of Menkaure is actually the pyramid of Mercury. Its ratio to the other two is equal to that of the planet Mercury in relation to the Earth and Venus.

The three pyramids of Giza were built on the analogy of the Plovdiv hills (tepes).


Let us assume that the three hills, known as the Old Town among the people living in Plovdiv, correspond to this grand plan of the Sun. It's Ternary like the Holy Trinity. The Nebet Tepe hill corresponds to the Father, on the right of him stands the Son, or the Djambaz Tepe hill. Below them is the Holy Spirit (also the Woman in the Holy Family) which is the Maxim Tepe hill.

The Sahat Tepe hill is closest to the Three Hills (the Sun). In ancient times on this hill there was a temple and a statue of god Hermes, which is Mercury. Hermes (Mercury) is on dozens of antique Roman coins minted in Philippopolis. The next hill is Bunardjika. Nowadays it has a monument to a Soviet soldier known to us as the Monument of Alyosha. It replaces the ancient monument of Hercules (Choir the Beautiful, the Good), who was also on this hill. There was probably a temple of Venus on this hill, but future archaeological excavation will provide conclusive evidence.

The most distant hill is the Djendem Tepe hill.


"The Djendem Tepe hill (meaning in Turkish - the infernal hill), also called the Hill of Youth or Youth hill, is the highest one (altitude (terrain elevation) of 307 meters) of the current six hills of Plovdiv. The relative height compared to its average altitude of the city of Plovdiv (164 m) is 143 m. The hill is located in the western part of the town.

In ancient times it was called Hill of the Nymphs dryad. There is evidence that a colossal bronze statue of Apollo stood on the hill until the Late Antiquity. In the times of early Christianity there was a big three-nave basilica there (the object of a study in the recent past of Plovdiv by the archaeologist Mr. Ivan Djambov), which was erected on the site of the pagan statue destroyed by the Christians. During the Ottoman period it was named Jin Tepe (Hill of the spirits), gradually changed to Djendem Tepe. It was also called Chigdem Tepe (the Hill of crocuses).

The esoteric as well as many of the ancient people knew that the Earth was the real Hell, and the hill was called with that name under the Ottoman yoke.


On it there was a great temple of Apollo and a sculpture with his image. In ancient times the hill had another name as well - Kendrizo. This is the Turkish-Arab name of Alexander of Macedonia (Iskender), about whom a legend told that he had been born in Plovdiv. Alexander, as well as Christ, had Virgin birth and died at the age of 33. You see the similarities between the Giza pyramids and the hills of Plovdiv, which fully support what I have written up to now.

Another similarity is the Maritsa River, which flows by Plovdiv and the Nile River by the Giza plateau. The difference in the location of the hills and the pyramids is that the Maritsa River flows on the left of the hills and the Nile is on the right. Even the already destroyed Markovo Tepe hill was built next to the pyramid of Chefren (Bunardjika) as it should have been.

Now we can see the greatness of the builders of the Solar system, the hills of Plovdiv and the pyramids of Giza. Moreover, we can give an answer to what the live kings (the dead pharaohs) did in Plovdiv. Here they dedicated themselves to divinity. But the purpose of this study is to discover the meaning of the Sphinx in the Plovdiv area and whether it has some relation to Christ.

Of course related to "Christ" if you know Fomenko's version of history.

And following with (the same subject?).
What's got to be TEMPLARS and GIZEH Pyramids? You know Templars LOVE the OCTOGON. 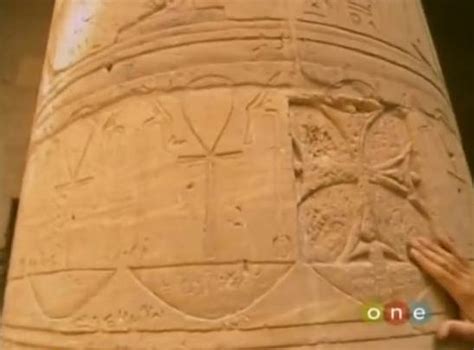 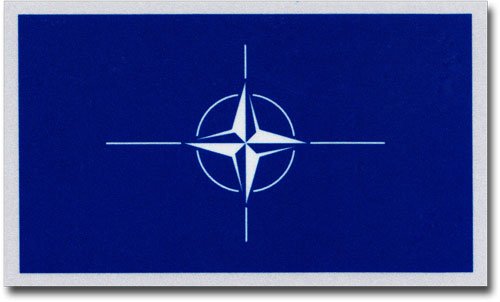 Horos said:
Alexander, as well as Christ, had Virgin birth and died at the age of 33. You see the similarities between the Giza pyramids and the hills of Plovdiv, which fully support what I have written up to now.
Click to expand... 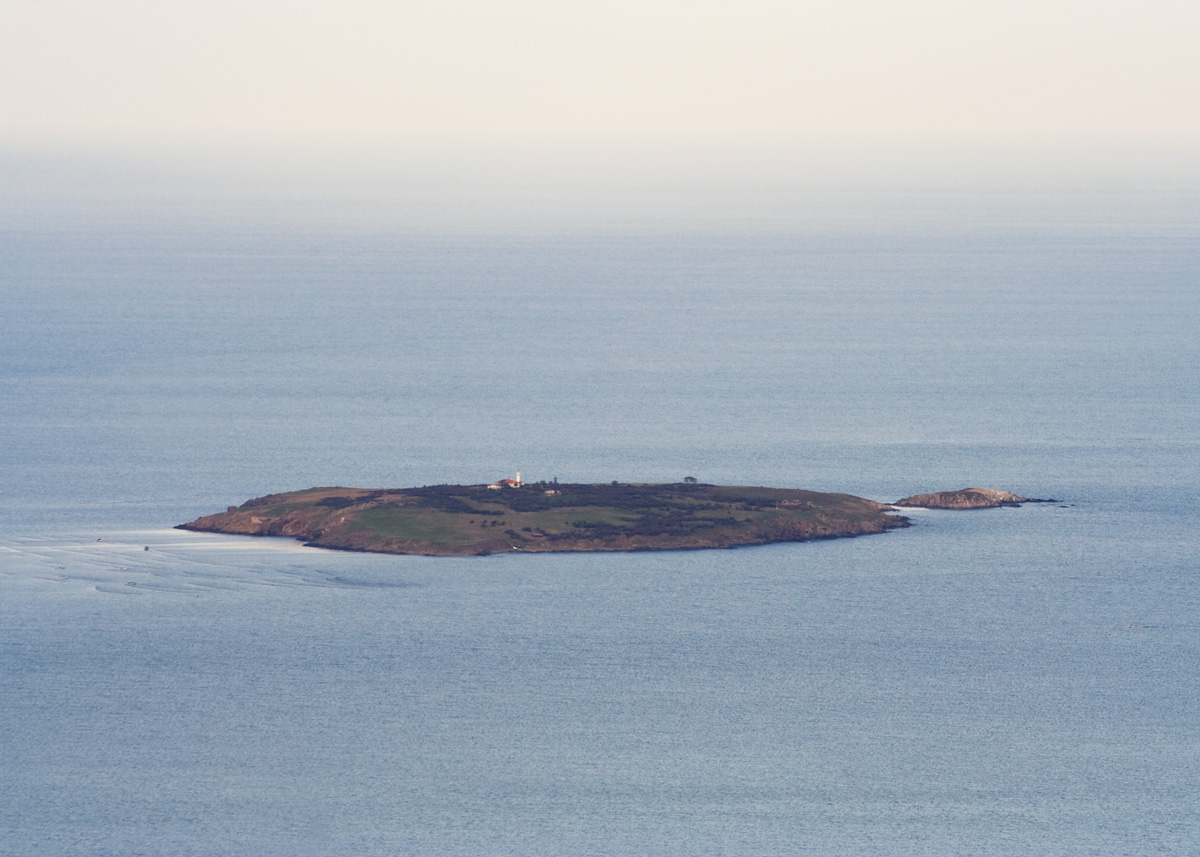