Hidden History: Russian past in the Middle East.

I know this researcher, in one of his books he took kinda right approach to investigate ancient events not by names of kings, but by toponymy, hydronyms & geographical locations.
It is true, for example I'm located in Moscow and with postal pigeon make agreement with my friend in Madrid, in 14th century to meet in Berlin. It is quite possible, that one of us will endup in London, another in Rome. Because local people even not faraway towns call by different names.

I'll try to find.
Though I not agree with his approach/interpretation of Alexander Nevsky, at this time most important Russian town was Novgorod, and Nevsky ruled in famous battle against Teutonic knights near lake Peipus on Estonian/Russian border. Battle took place in April 5, 1242, but for some reason, lake was still covered with ice. And there happened curious situation, ice crashed & some Teutonic knights drowned, that's why Russians won the battle. There's famous 1938 film by Sergei Eisenstein about this event. I seen this film maybe 3 times, quite impressive.
Battle on the Ice

The Middle-Eastern setting is somewhat shaky even for me. But I'm interested in the identifications he does
S

Konstantinople or nowadays Istambul is important for Russian orthodox church, many church leaders are of Greek descent. So there's definitely connection.
S

Many Russian historians & researchers make huge mistake, by moving all events into middle east. Everything happened much closer, look on map Warsaw and then towards east-north town Wyszkow, there you'll find Bug river, it goes all along Poland/Belarus border and further on Ukraine border. It's border of ancient Samaria, mentioned in Old Testament, Talmud & New testament.
His name is Vadim Makarenko В.В.Макаренко, here's his article: Moscow - city on 7 hills
Also here book Lost Russia. In footsteps of lost history
Also notice, that Russia have 2 capitals: Moscow & St.Petersburg (actually three +Kiev)
Article & book are in Russian, so it's long way to translate.
Last edited: Sunday at 5:10 PM

It's not impossible, but it may be the other way around - Russian history is not a middle-eastern history, but the middle eastern history is a Russian one, or it's just like Fomenko said - descriptions of the same events by different peoples ruled by this huge empire.

The country of Novgorod is a very curious place. it's the very first thing that came to mind when I started to look into the chronology shenanigans
Specifically the birch bark manuscripts, their discovery helped in uncovering the origins of Russian language. Back in the day the Novgorodian region had it's own distinct dialect (given more time to develop, it would probably become a distinct northern Slavic language). Independent Novgorod stopped existing in the 15th century (a recurring theme, isn't it?), it was conquered by Moscow. These manuscripts are a recent discovery, they mostly were simple casual conversations between people, much like chats are today***. Officially, people in Great Novgorod were highly literate (women too apparently, they always point it out for some reason), so they don't question the grammar in those writings, as it was consistent enough.

The dialect itself is a missing link between modern Russian and other eastern Slavic languages. Precisely half of Russian itself consists of Novgorodian rules and words. The Ukrainian and Belarusian are more in line with the southern old Russian dialect, they were separated by the border of the Grand Duchy of Lithuania, while the rest of Russia mixed and the modern language was born.

***Now Novgorod (where Alexander Nevsky was a duke) and it's periphery are situated in the north, those manuscripts were and are dug up there. Most of the above information comes from this channel, which is ironic, because he is a disciple of Andrey Zaliznyak, who was strongly advocating against Fomenko's theories and 'alternative' history. He was responsible for digging up a lot of those manuscripts. I haven't looked deeper into the contents of manuscripts themselves, but I heard they once found a message addressed to some high-ranking priest (why do we get so little historical snippets, I wonder). Take that for what you will

Also to add to the pile:
Linguists connect Baltic and Slavic languages in their origin, they further suggest that this proto-Balto-Slavic may have derived from a Celto-Germanic language. Considering middle-east has some Aryan blood, it's not entirely unreasonable to suggest near-eastern origin.

The city of Moscow is named after the river Moscow, which is derived from Baltic Maskava (something to do with swamps, as per tradition). Are there perhaps any swamps in the middle-east?

When Moscow conquered Novgorod, they severed their ties with Hanseatic league. The Romanovs come from the nobility of a former Hanseatic city (I think it was Lubeck?) and took over Russia. You want to get rid of Hansa - you become Hansa
Last edited: Tuesday at 10:00 PM

Sasyexa said:
Are there perhaps any swamps in the middle-east?
Click to expand...

About that it's not impossible that Middle-East was "greener" (is it the correct word?) in ancient times. In fact the ruins could be there due to a change of climate or something like that.

Sasyexa said:
Are there perhaps any swamps in the middle-east?
Click to expand...

About that it's not impossible that Middle-East was "greener" (is it the correct word?) in ancient times. In fact the ruins could be there due to a change of climate or something like that.
Click to expand...

Yeah, they call it a fertile crescent. I heard some kind of asteroid or a ball of fire went through and decimated the area 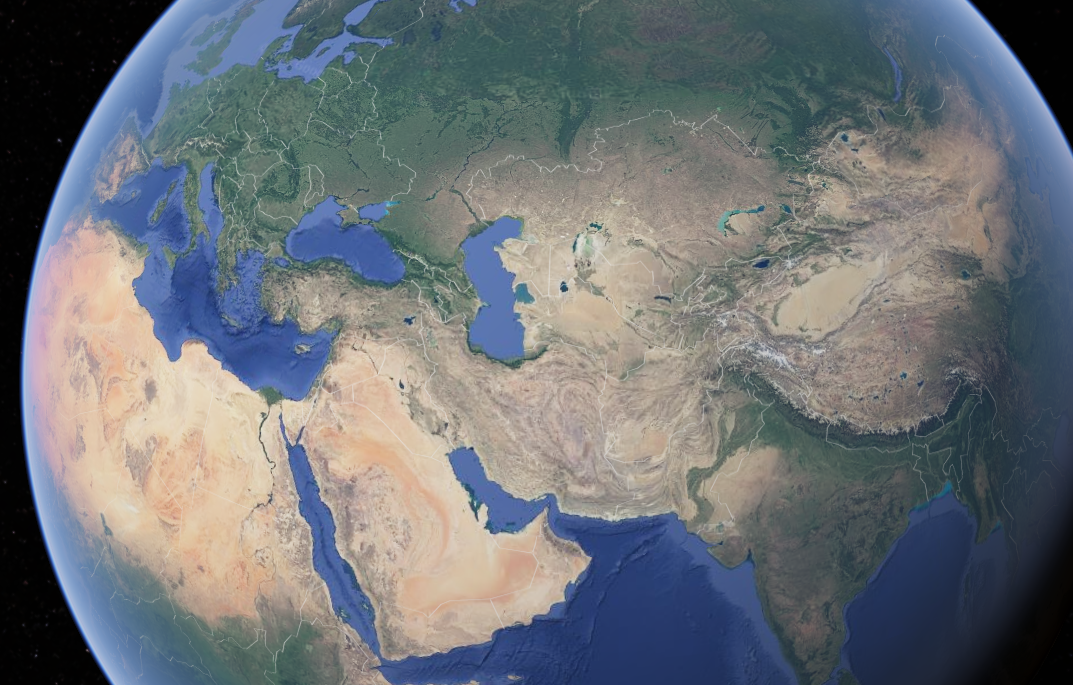 And that the hit was precisely where the red sea now is
You must log in or register to reply here.
Similar threads