I.Q. in relation to musical abilities

so doing well in standardized tests = better musical ability? reminds me of the movie deads poets society where they have a formula to calculate how good a poem is or some sht. ridiculous right?

Also have you never heard of Joseph Bologne , George Bridgetower , Ignatius Sancho ? many more to be listed.


on another note, most classical today is "distorted" since its modfied from 432hz to something else like 440 hz
L

Nezumi said:
on another note, most classical today is "distorted" since its modfied from 432hz to something else like 440 hz
Click to expand...

This statement alone renders your entire comment invalid. I won't mention the poor spelling and syntax because there is no point in that.
N

Nezumi said:
on another note, most classical today is "distorted" since its modfied from 432hz to something else like 440 hz
Click to expand...

This statement alone renders your entire comment invalid. I won't mention the poor spelling and syntax because there is no point in that.
Click to expand...

ok have fun listening to ur 440hz. you cant explain why it renders my comment invalid though can you

Looks like we have to close this thread. Too much aggression between participants. It seems there are a couple topics that are too emotional. This is a research forum, not a forum for childish ad hominem attacks or undifferantiated claims.

6079SmithW said:
Purely down to my own experience, I meet many people at work who are astonishingly good at programming, mathematics etc, but have zero wisdom - believe anything put out by the media without question etc.
Click to expand...

That's a very interesting comment by itself. I've noticed the same. I have a pretty wild theory in that regard.

wild heretic said:
That's a very interesting comment by itself. I've noticed the same. I have a pretty wild theory in that regard.
Click to expand... 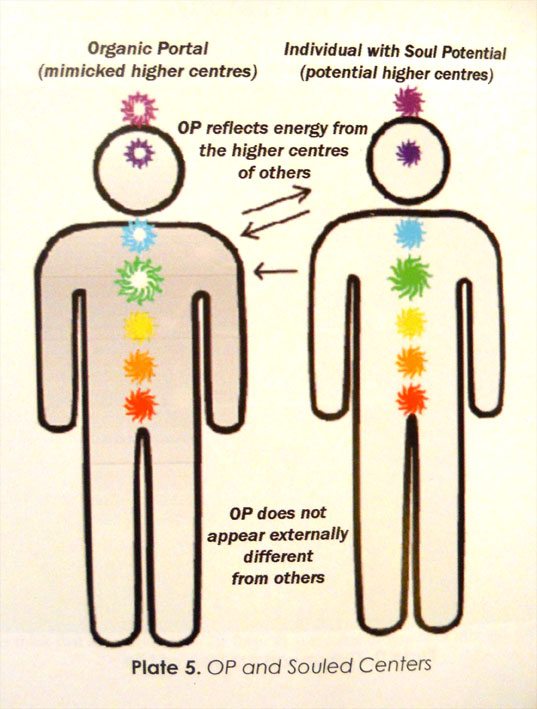 This is a quote from "Gnosis" by Boris Mouravieff:


“In the first volume of ‘Gnosis’, we already referred several times to the coexistence of two essentially different races: one of Men, and another of Anthropoids. We must emphasize the fact that from the esoteric point of view the latter term has no derogatory meaning.​
​
…The Scriptures contain more than one reference to the coexistence on our planet of these two humanities – which are now alike in form but unlike in essence. We can even say that the whole dramatic history of humanity, from the fall of Adam until today, not excluding the prospect of the new era, is overshadowed by the coexistence of these two human races whose separation will occur only at the Last Judgement.​
​
…The human tares, the anthropoid race, are the descendants of pre-adamic humanity. The principal difference between contemporary pre-adamic man and adamic man – a difference which is not perceived by the senses – is that the former does not possess the developed higher centres that exist in the latter which, although they have been cut off from his waking consciousness since the Fall, offer him a real possibility of esoteric evolution. Apart from this, the two races are similar: they have the same lower centres, the same structure of the Personality and the same physical body, although more often than not this is stronger in the pre-adamic man than in the adamic; regarding beauty, we must not forget that pre-adamic man and woman were created by God on the sixth day, in His image and after His likeness, and that the daughters of this race were beautiful.​
By identifying himself with the ‘I’ of his Personality, Adam lost consciousness of his real ‘I’ and fell from the Eden that was his original condition into the same condition as the pre-adamics… The two humanities, coming from two different creative processes, later mingled on the level of organic life on Earth… From then on, the coexistence of these two human types, and the competition which was the result of this, became the norm…we can see that throughout the centuries, even in our own day, adamics in their post-fall condition, have been are are generally in an inferior position to the pre-adamics.​
​
… this situation, with its practical consequences and problems, will be the object of a deeper study. This is necessary because the Era of the Holy Spirit is approaching, at the end of which the question of the separation of the tares from the good seed will arise. For the moment we will restrict ourselves to repeating that contemporary adamic man, having lost contact with his higher centres and therefore with his real ‘I’, appears practically the same as his pre-adamic counterpart. However, unlike the latter, he still has his higher centres, which ensure that he has the possibility of following the way of esoteric evolution. At present, pre-adamic man is deprived of this possibility, but it will be given to him if adamic humanity develops as it should during the era of the Holy Spirit.”​