Case No. VFA-0043, 25 DOE ¶ 80,118
In his FOIA request dated April 9, 1994, Victorian sought documents containing the following information concerning "Project Woodpecker" at Lawrence Livermore National Laboratory (LLNL)...
In its May 5, 1995 determination, Oakland stated that a search had been conducted for documents responsive to Victorian's request, but that no records were found as a result of the search. Oakland specifically stated that information relating to Project Woodpecker had been destroyed.
Click to expand...

"The U.S. and the Soviet Union first began secret cooperation on world weather engineering in about 1971. On July 4, 1976, the Soviets began generating powerful electromagnetic transmissions, that were dubbed 'The Russian Woodpecker' by western ham radio operators. On June 18, 1977, the US government OFFICIALLY became covert partners with the Soviets in these operations by sending them sophisticated scientific material and equipment for further research and development. The secret code name given US operations was Project Woodpecker. The Lawrence Livermore National Laboratory located at Livermore, CA, was and is the main research center for US development of the Project. Covert funding for the Project was funneled through the CIA and the National Security Agency. The Department of Defense and NASA have, of course, been cooperating in the Project from the beginning stages.
"On Jan. 10, 1985 there was officially filed of record a Patent No. 4,686,605 entitled: a 'Method and Apparatus for Altering a Region in the Earth's Atmosphere, Ionosphere, and/or Magnetosphere'. The Patent was approved on Aug. 11, 1987.
Click to expand...

US4686605A - Method and apparatus for altering a region in the earth's atmosphere, ionosphere, and/or magnetosphere - Google Patents

A method and apparatus for altering at least one selected region which normally exists above the earth's surface. The region is excited by electron cyclotron resonance heating to thereby increase its charged particle density. In one embodiment, circularly polarized electromagnetic radiation is...
patents.google.com 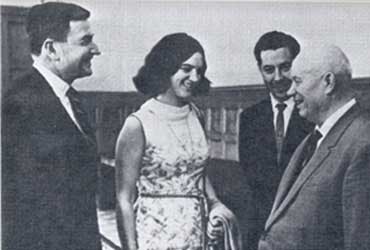 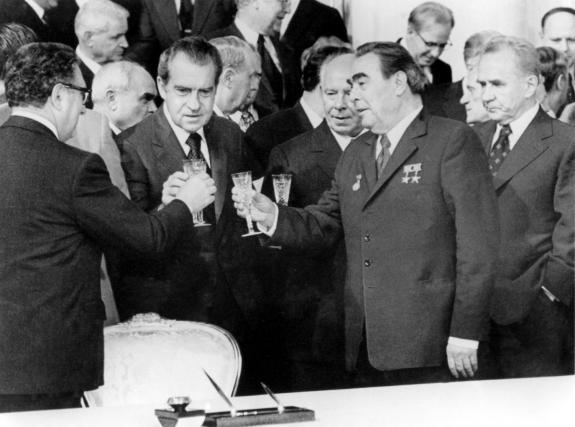 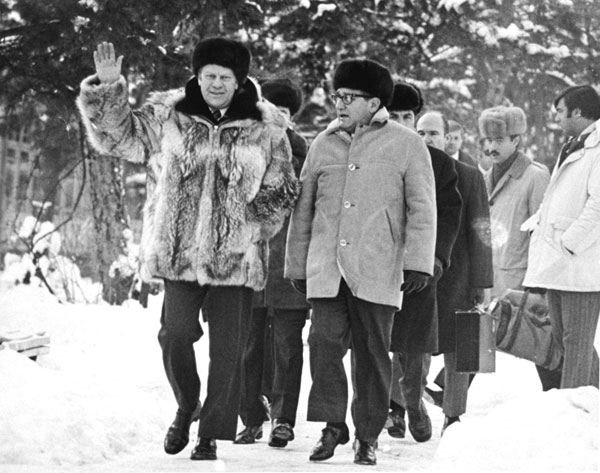 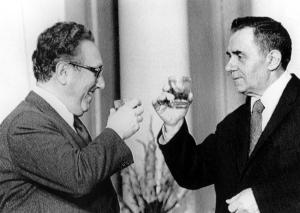 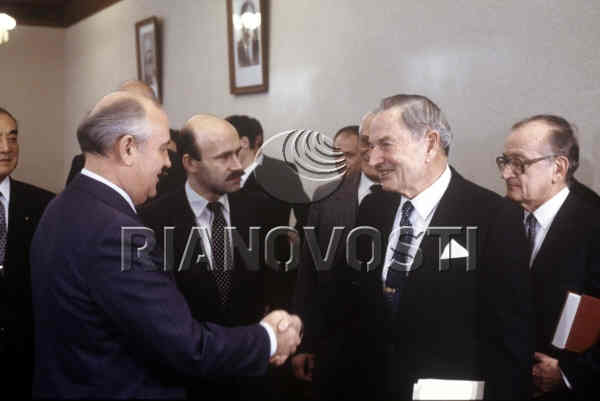 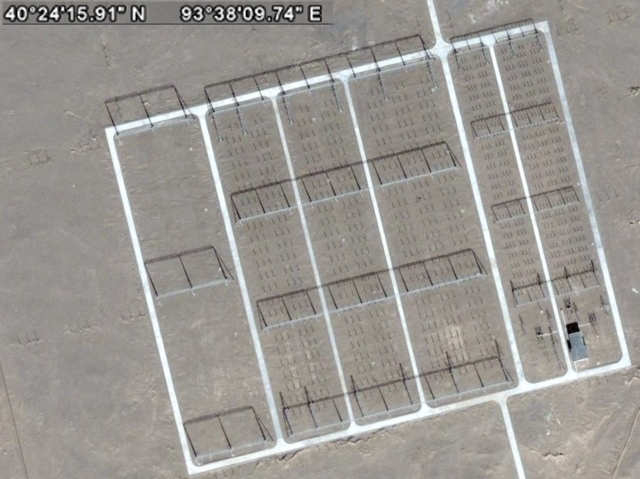 The area is 275x275 meters. The China Research Institute of Radiowave Propagation (CRIRP) 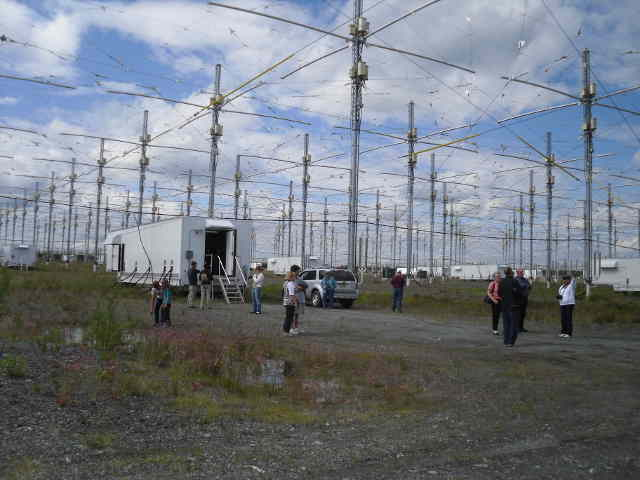 ¶14. Disinformation alleging that the Haitian earthquake was deliberately caused by what is inaccurately described as a U.S. secret weapon, the High Frequency Active Auroral Research Program (HAARP) ... Posts should rely on guidance in Ref B and C to respond to any appearances of the «secret weapon» earthquake disinformation, and should report any new disinformation to Task Force 3 (TaskForce -3@state.gov).
Click to expand...

I am not an English speaker, but i read this paragraph like this
"U.S. secret weapon had caused the earthquake in Haiti. Any mentioning of information about the secret weapon regarding earthquake, should report to Task Force 3."
In my opinion the meaning of this paragraph in this simple thesis. Otherwise, why does the State Department collect data on fiction disinformation?

Most of these transmitting aerials around the world were built after the Soviet Union's dissolution, under the secret services' guidance and military control: Ionospheric Heater: “Powerful HF transmitter (2.8 to 10 MHz) that induces controlled temporary modification to the electron temperature at desired altitude”. What does that mean? Heater antenna arrays

But this map does not show the largest and oldest site of this type, Kashira-8: 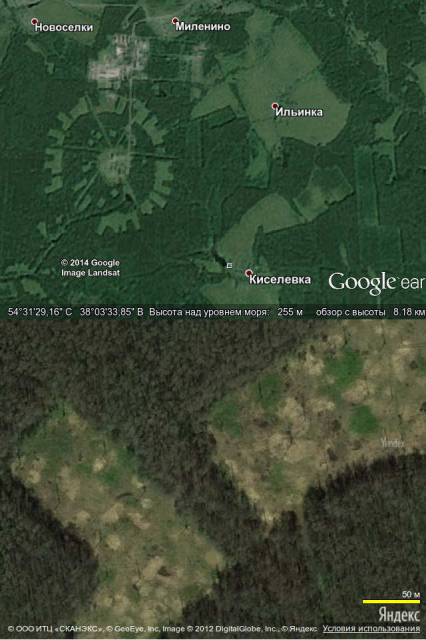 This site is located 130km south of Moscow, in the Tula Abatis. My acquaintance's brother did his military service there. The military guard the facility from civilians. According to him, he did not know what exactly they were guarding (they were told it was "government communications") and one day he decided to go and look at the antennas - and immediately heard the voice of an FSO agent on the loudspeaker: "I count to 10 and open fire, 1...2...3...", my acquaintance's brother decided to quickly leave the facility himself and never tried that again. That is, the military guards the facility from civilians and the security services guard the facility from the military - two levels of secrecy.

Maybe you remember that cell phones and radio phones used to have simple antennas - they were sticking out of the phones. But modern phones and wireless radio devices do not have any visible antennas protruding from the design, and their transmitting capacity has increased significantly. This is due to fractal antennas: 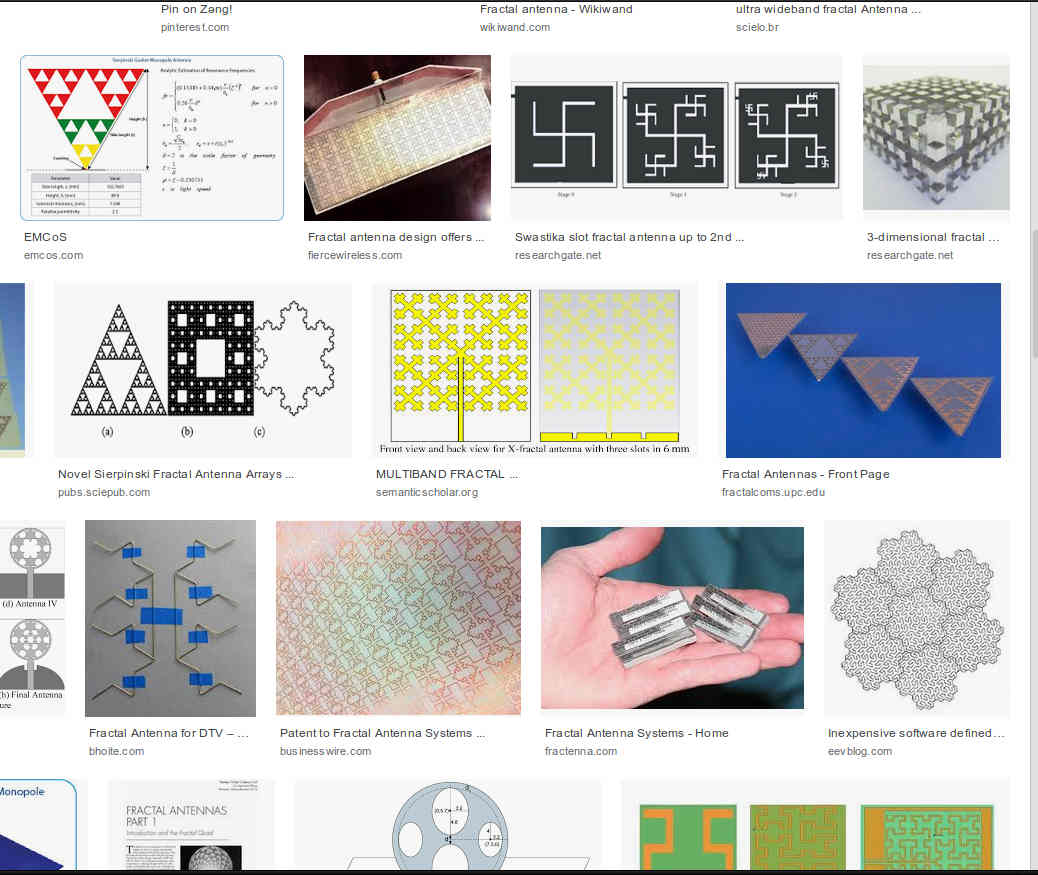 HAARP is a testing facility, in addition it has been mothballed for many years. I think Alska's HAARP is not important, but it is very much in focus of massmedia for the purpose to hide similar objects all over the planet.

And now it's time for the most controversial information:

On this Wikimapia page, visitors leave comments, most of them comments from military personnel who served at the site. From these comments you can see that the facility has been in existence for about 50 years. But this record is the most informative:

Ephraim Saager (guest)
Served in 1976-1978. Arrived, pumped with stories about hazing. For the first six months, while I was a "ghost", was scrubbing the toilet sink only twice for my impudence. All soldiers was from the FCCC, the officer staff from Germany. The officers treated us respectfully, unusual. I was afraid to go to the Army, although i have the first category in judo. These were my best years in the Army for 45 years of service.
Click to expand...

It was only 30 years after the war between the USSR and Nazi Germany, but the officers in this secret facility (still secret) were Germans. Given the presence of German officers in the construction of such a facility in the heart of the USSR, in my view, this suggests that this and similar sites may have global Evangelistic significance.

I also recommend that you pay attention to these materials:

In the English Wikipedia article about Helmut Gröttrup, you can read the following: From December 1939, Helmut Gröttrup worked in the German V-2 rocket program at the Peenemünde Army Research Center with Walter Dornberger and Wernher von Braun. In December 1940, he was made department head under...

One portion of a videotaped speech by then-President Lyndon Johnson to a 1962 University graduation class in Texas stands out:
"As a result, I think the people in the Congress are going to support. Let message call us for new Frontiers new vision. It calls for us taking the steps now that will make us no longer second in space and size. It lays the predicate and the foundation for a space communication satellite that will permit the people of the world to see one television program at the same time throughout the world. Think about that kind of communication. And think about that opportunity will provide. It lays the predicate and the foundation for the development of a weather satellite that will permit man to determine the world’s cloud layers, and ultimately, to control the weather. And he who controls the weather, will control the world. It lays the predicate necessary for the steps to send a man to the moon."
Click to expand...

I heard a story about the chernobyl plant being taken down to bring the woodpecker offline!
Z

The Soviet Дятел (Woodpecker) project and the US Woodpecker project are not the same thing. Although there is a clear link between these projects.

The Soviet Дятел (Woodpecker) project and the US Woodpecker project are not the same thing. Although there is a clear link between these projects.
Click to expand...

Sorry my mistake, i sometime just scan threads and thins just pop out and i comment in haste!

The Soviet Дятел (Woodpecker) project and the US Woodpecker project are not the same thing. Although there is a clear link between these projects.
Click to expand...

Sorry my mistake, i sometime just scan threads and thins just pop out and i comment in haste!
Click to expand...

As for the ionospheric heaters they are everywhere now, i think it is why are weather systems can appear and disappear on cue!

Citezenship said:
As for the ionospheric heaters they are everywhere now, i think it is why are weather systems can appear and disappear on cue!
Click to expand...

This for instance is the one in Wales, 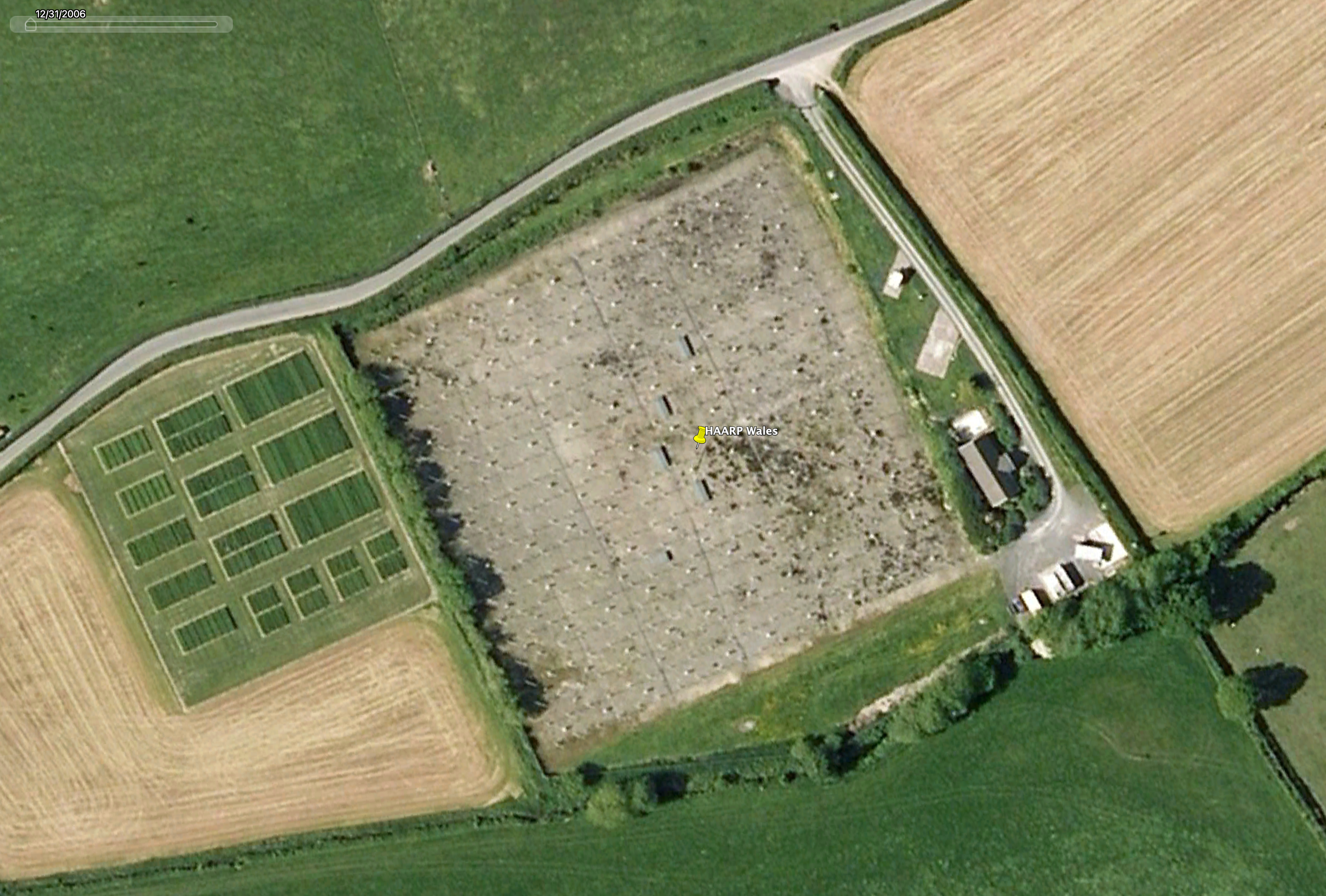 Description of the facilities available and research undertaken at the Capel Dewi field station
www.cas.manchester.ac.uk
Last edited: Dec 31, 2020
You must log in or register to reply here.