Hundreds of feet below the surface of the earth, hundreds of years ago, the Knights Templar - a Catholic military organization founded in the 12th century that went on crusades across Europe - built expansive tunnels to help their soldiers get around undetected in the Middle East.

The article from the The Epoch Times can be read here....
And a just released video by Static in the attic.

Note: This OP was recovered from the Sh.org archive.
Click to expand...

Sometimes I wonder what ancients needed these tunnels for. We appear to be making subways out of those, at least it seems that way. The need for subways in urban areas can be justified with practicality of reducing traffic on the surface. If the logic of the ancients was similar, than what was the population size back then?

KorbenDallas said:
Sometimes I wonder what ancients needed these tunnels for
Click to expand...

The Cathederals the Templars built in Europe towards their end was quite something~ not only were they each built in a short time frame, with the density of the structure (ie column diameters) reflecting the local sone strength, but apparently they were built over dolmens and entrances to underground caves and water table rivers: it is thought they were founded over existing pagan sites (underground rivers), but it could also be (intentional or not) because of the "ionising" effect on the air of moving water, as found under the Great Pyramid, and the Bosnian main Pyramid.

As a note to how the Templars got their money as queried by the presenter above (from old research):
With noble households, at the time of the First Crusade, the elest son inherited everything, and any younger sons became practically a servant of the elder, and there are many cases of murders over inheritance of wealth & title in history~ the line of the English throne is full of it.

Following the Crusade a group of "second sons" decided to stay in Jerusalem and they set up base on the old temple mount (then the remains of Herod's old cavalry base with stables). It's beleived they spent many years just "hanging out" , researching and learning (they became the greatest building engineers yet seen in Europe). After a few years (seven?) three of them went to the pope (led by St.Clair) and were granted a Holy Order to protect the pilgrim route~ and the Knights Templars were born (1119?).

What did they find while setting up home on the temple mount? the holy grail- knowledge?/enlightenment?/connection?

They were COMMUNIST, every one had equal share around the table, personnel mementos only. Over time many joined their ranks disillusioned by the European nobles so called "Christian" attitudes and politics. Many benefactors left their wealth to the Templars in their wills. Over time they established training in construction (masons), "The Sword and the Trowel"~ which on their demise, was taken by the Kings of Europe, in England GuildHall was formed to establish a head for the "trades" and "Free-Masonary" was formed, and the Templar's idea of "Pyramid-Management" was employed, and to this day, the trade of stone-masonary is not a part of it. To "protect" the pilgrim route they built castles and fought any local opposition. Eventually completeing safe routes across Europe to the Temple.
They accumulated so much wealth, and having a certain amount of "belligerence" the Pope felt threatened and an "inquisition" against their "heresy" was decread.
The more Cathollic countries captured, tortured and killed them (France/Spain); in Germany not, and they became the Teutonic Knights, in England it was a slap on the wrist and wealth confiscated, in Scotland they were helped to escape (to America~ Oak Island?), others disolved into other Orders.

With increased recent interest in Sacred Geometry, Templar structures seem to built (at least in part) over ancient landmark structures over huge areas [@KorbenDallas, tunnels connecting these ancient sites set out on sacred geometry? got their eventually ] Their main base down in the Languedoc is the old Cathar Region~ massacred by the Holy Roman Church!
Cathars: reference "Geneset: Target Earth" (David Wood & Ian Campbell) discovered by a British cartographer post WW2 mapping the area for Royal Ordinance (1948). Later the research was plagiarized in the DaVinci Code which failed to mention something key although the Davinci code alluded to it:
The "ancient" sacred geometry found in the Languadoc, is bisected by the Paris Meridian! The Paris meridian was established 1634 ish. If you know the book, you know it isn't chance, the exact bisection is critical to the geometry.

Digging a tunnel involves a rather physical process of removing a butt load of dirt and making sure that it does not collapse. Digging hundreds of miles of tunnels with the known tools of the time would have never gone unnoticed. Yet, we do not have a trace documented. From this perspective, they either used pre-existing tunnels, or we have a whole bunch of information pertaining to digging activities missing. On the other hand, if we did have the digging info, those tunnels would not be secret.

As far as Sacred Geometry goes. May be 200 years after the next reset, the below circuit plate will be considered to be some Sacred Geometry of the ancients. Attaching a word "sacred" to some technological achievement of the past, immediately strips it of its original meaning. 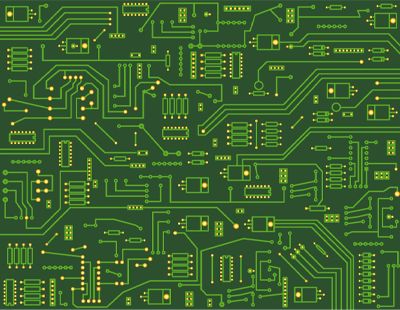 OK, maybe more appropriate to say "Platonic" geometery~ its all about proportion, and geomatria; but it was relevent to the ancients, and the bible texts are written with it~ maybe if we made circuit boards laid out on platonic geometry we might discover something~ no power supply required?

Acre was a dominant trading port since ancient times, origionally named Ptolemais (Greek) from sometime after 300bc, later Roman occupied and extended; quite plausable to have earlier roots from the Sons of Canaan as it naturally offers good defence. There are so many ancient underground systems (tunnels/homes) which PTB normalise as Christian but why were they built? to escape deluge? or fire & brimstone? or the giants?
Enormous Network of Underground Cities
Maybe at Acre (a dominant safe trading port), as the Templars were the "Landlords" and earning rents, they utilised ancient tunnels for secret roots to hord cargos, gold or just a secret path to their underground "pagan" blasphemas church.

I think that all the guff we have been given about the Templars is just that. They certainly did not become the richest organisation in Europe from running a tour guide group! Or from hanging around the holy land. They would have been very well connected probably crypto jews masquerading as pious Christians and deeply involved in every kind of money making racket imaginable. Its interesting and very suspicious how history always portrays them as innocent victims, always a red flag in my book

Balibrew said:
I think that all the guff we have been given about the Templars is just that. They certainly did not become the richest organisation in Europe from running a tour guide group! Or from hanging around the holy land. They would have been very well connected probably crypto jews masquerading as pious Christians and deeply involved in every kind of money making racket imaginable. Its interesting and very suspicious how history always portrays them as innocent victims, always a red flag in my book
Click to expand...

I think so. I'm of the impression that they morphed into the protestants in England. Look at Catherine Middleton's lineage. We have a couple of Jewish names and a "Temple" which is associated with the Knights Templar. And "Middleton" is really "de Middleton" who was a Templar knight in the middle ages apparently, and also a very important ship's captain in Elizabethan times.

We have them moving from France to England and Portugal where they turned into protestants. The same power families in Elizabethan times turn up in the 1700 enlightenment era, you know, Grenville, Temple, Fox, Pitt etc.

Two authors claim that the Templars were the elders of Solomon's temple and fled after the Romans invaded the area. They wanted their stored knowledge back, hence the crusades. No idea as to its validity.
The Origin of the Knights Templar – Descendants of Jewish Elders?


Think of that Brit TV James Bond programme in the 60s and 70s called "The Saint". Main character was called Simon Templar. The first actor to play him was Roger Moore who went on to play James Bond.

Loads of references in Golden Eye to the trouble they had with the Greek Emperor Adronokus and with the Cossacks too. Come to think of it, maybe the all-seeing eye is a weapon. Mmmm

M
New Main Cathedral of the Russian Armed Forces built in only 2 years?

SH Archive 1959: The Redevelopment of Sacramento