Last night, I was up all night watching the series, War Castles.

It is about a man, born in 1973 in Seattle, named Russell Jay Gould. Yes, there name struck me as most interesting. But, beyond that, this fellow’s story is outrageous and, if true, inspiring. Basically, during the third bankruptcy of the USA in 1999, during which the USA was scheduled to be absorbed by the crown for debts incurred in 1929, he intervened and took control of the US 4th Flag. Apparently, he was recognized as the highest-ranking official in the USA by several international bodies, located in the Vatican, Bern and the Hague. He is also recognized by the US Navy, Supreme Court and Postal Service. Or so the story goes...

As you can tell from the title, I’m not sure if he is even human. So, I’m writing this post to generate interest and discussion and to help me understand what the intelligence of this forum may or may not know about him.

I remain most obliged.

Note: This OP was recovered from the Maxine archive.
Click to expand...

I have not seen this guy before but i do know that tale and have downloaded the vid for viewing later. 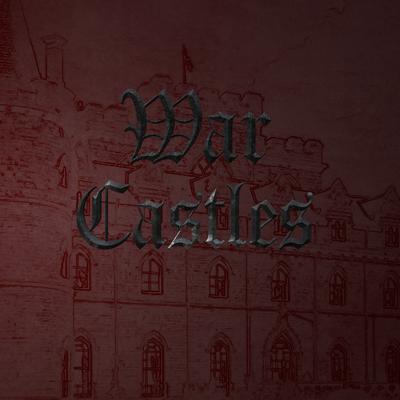 Although i have not ever known anyone who has yet managed to extricate themselves from this system, or challenge it with any success, one imagines needing a red pill and a name like Neo.

That video reminds me a lot of "Maritime Admiralty Law" which Jordan Maxwell illustrates in his work.

That video reminds me a lot of "Maritime Admiralty Law" which Jordan Maxwell illustrates in his work.
Click to expand...

Yes it is the underlying/parallel framework, law of the see!

Yeah, Maxwell warmed me up to this some years back. Of course, all the research here has really ...made me unintelligible(?).

Here he (Gould) is in all his ordinary glory.

Miller lived in Ohio before moving to Milwaukee, Wisconsin. In his Messianic origin story, he said that he died for half an hour at the age of 25 when an inept surgeon removed both his kidneys and adrenal glands. His heart restarted spontaneously while outside his body during autopsy. Following this, he said his IQ became 200, his endorphin levels were six times normal, and he stopped aging.[9][10] According to his website, he appeared pro se 67 times in child custody hearings, losing every time, and was inspired to develop his own theory of language. Among the bizarre rules of his language, sentences start with prepositional phrases, only nouns have legal meaning,[9] and a word that starts with a vowel followed by two consonants voids a contract.[11] He began styling his name as "David-Wynn: Miller", claiming that the punctuation marks are hieroglyphics that make him "life" and that without them his name is two adjectives and a pronoun.[9] He "turned Hawaii into a verb" to become "King of Hawaii".[12]
Click to expand...

Gould as far as I know lives with his mother who has attempted to have him committed only there's no such thing these days.
He has a form of snake oil wizardy jib jibe that appeals to conspiracy type patriots claims to have used his legaleese majik to become Post Master General ( which I grant is the best legal position to have) to be visited periodically by various government dignitaries when they need wise counsel. Claims to know how to defeat the PTB using a higher form of legal grammer and "spelling" mixes his grammer mumbo jumbo with new agey concepts of self actualization,says he has invented a new metal which he will sell to you or something like that.

none of his super powers of grammars and spell craft and wizardy metals seem to have resulted in freedom from legal tyranny for us masses (because we don't manifest right or whatever) its just a hypnotic morass of word salad that appeals to a certain wish for a happy solution to ultimate evil, I sympathize but this guy is no hero, he just has a wizardy trick that works on certain people .


​
now that I said all that there is the Babylonian slave system of royal law banking /debt majik and pharmekia that right now is called Covid 19 that is a real problem for mankind for the last 6,000 years or so the threat is real, but Russell can't help you and because "Oz never did give nothing to the Tin Man that he didn't already have. Read your bibles and you'll be way ahead of Wizards and their mincontrol.
You must log in or register to reply here.
Similar threads