I was reading this just now, it's an interesting story, however what struck me, as always with science is the think, could be, maybe perhaps logic to it all.

The Chehrābād salt mine is located near the village of Hamzelou in Northwestern Iran, but there hasn't been any actual mining there for more than a decade. That's because, starting in 1993, excavators began digging up mummies along with the usual salt crystals. Since then, remains of at least eight individuals have been unearthed. In 2009, the site was protected under Iranian Heritage laws
Click to expand...

As best scientists can tell, Chehrābād has been mined for salt off and on for thousands of year, and all of the mummies likely worked there in life before their unfortunate deaths. Though the eight individuals hailed from various times between the 6th century BC and the 6th century AD, they all showed signs of trauma in the form of fractures and compression. It is highly probable that all of them were miners who died in collapses or accidents.
Click to expand... 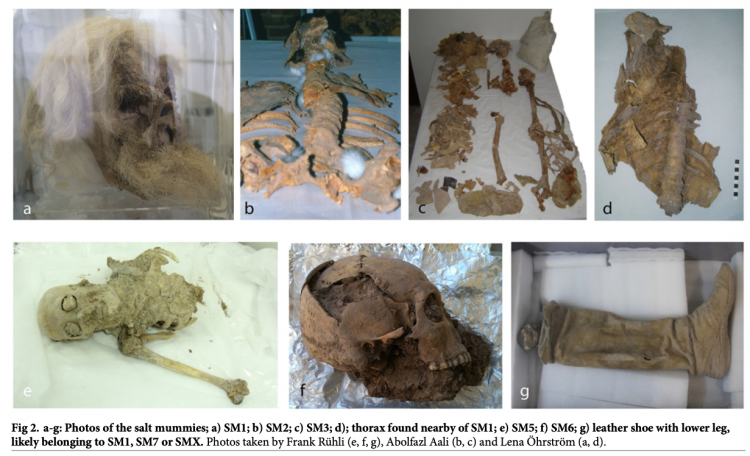 With science this good who needs facts & proofs?

Archaeologists also unearthed SM1's goat-leather boot with his complete foot still inside! It was so well-preserved that when Öhrström and her colleagues utilized radiographic imaging, they could see the man's toes squeezed tightly towards the tip of the boot, suggesting that the shoe was uncomfortably small when SM1 was alive.
Click to expand...

I definately shop at the wrong shoe shop...

What if these folks have been burried there for just a short while, few hundred years let's say?

saltmen
You must log in or register to reply here.