SH Archive The Lalibela Churches in Ethiopia aren't rock-cut, but products of a cataclysm

The following images are all from the Church of Saint George, the most famous of the Lalibela Churches in Ethiopia. As the story goes, these were all carved out of the stone that surrounds it, and thus they are called monolithic churches.

​
But not much evidence has been provided by archeologists that what is considered as rock-cut architecture was actually rock-cut.


All 11 churches were the result of a process using the basic tools of hammers and chisels to excavate trenches surrounding the monolithic and semi-monolithic structures as well as a system of tunnels which connected two separate groups of the churches with each other out of the scoriaceous basalt. (Rock-Hewn Churches, Lalibela - Wikipedia)​
Here's a short summary on the mythological history of the 11 churches:


The churches of Lalibela were not constructed — they were excavated. Each church was created by first carving out a wide trench on all four sides of the rock, then painstakingly chiseling out the interior. The largest church is 40 feet high, and the labor required to complete such a task with only hammers and chisels is astounding.​
​
Popular legend has it that angels came every night to pick up where the workmen had left off. One of the churches, Bet Maryam, contains a stone pillar on which King Lalibela wrote the secrets of the buildings' construction. It is covered with old cloths and only the priests may look on it.​
​
King Lalibela's project for gaining the church's favor had two unexpected results: the creation of a holy place of unparalleled beauty and the king's conversion to a religious life. After laboring for 20 years, he abdicated his throne to become a hermit, living in a cave and eating only roots and vegetables. To this day, Ethiopian Christians regard King Lalibela as one of their greatest saints.​
​
The churches have been in continuous use since they were built in the 12th century. The first Europeans to see these extraordinary holy sites were Portugese explorers in the 1520s, one of whom noted in his journal that the sights were so fantastic, he expected readers of his descriptions would accuse him of lying.​
Not so sure about these Portugese explorers. Unfortunately I wasn't able to verify any of the supposed history of the churches, except that westerners 'discovered' them sometime during the 20th Century.

A paper from 2010 shortly covers the official history:


Francisco Alvares (a member of a Portuguese embassy to Ethiopian King Lebna Dengel) visited Lalibela in the early sixteenth century (Alvares 1540 [1943]), providing an early record of the organisation, topography and state of preservation of the site. But it is not until the Italian occupation, and again from the 1960s onwards, that the site, now more easily reachable from the capital Addis Ababa, attracted the attention of amateurs, scholars in architecture (Monti della Corte 1940; Bianchi Barriviera 1963, 1966) and art history (Lepage 1997; Gervers 2003a), liturgists (Fritsch 2008) and archaeologists (Phillipson 2009). A programme of preservation and tourism management was also implemented under the aegis of UNESCO, the World Monuments Fund, and the Ethiopian authorities (the site of Lalibela was placed on the World Heritage list in 1978).​
​
Rock-cut stratigraphy: sequencing the Lalibela churches | Antiquity | Cambridge Core​
We are told that the supposedly monolithic churches at the Lalibela site were all completely carved out of rock 800 years ago.

Here's the evidence why this doesn't add up:

1. The churches are already falling apart:

The site of Lalibela has been the object of several restoration campaigns; the main problem having been and still is the deterioration of the monolithic stone roofs of certain churches during the rainy season, as well as cracks in the exposed facades of several monuments. Three successive campaigns were carried out: in 1920, in 1954 and in 1966-68 under the direction of Sandro Angelini
Click to expand...

After being stable for more than 700 years the churches are suddenly falling apart and ever since their modern discovery they have been in constant repair, as the next repair is scheduled for 2019.

There seems to be a mysterious law of nature that once archeologists discover something, it instantly comes out of a state of eternal immutability and starts to deteriorate before their very eyes. Be it cave art or rock-cut buildings.

2. The surrounding stone is extremely soft and fragile, just look at how much stone has broken away from the area surrounding the church. The building itself is more stable than the surrounding rock it is supposedely made of.

Look at the fragility of the stone walls surrounding the structure:

3. The "excavated rock" is nowhere to be found.

4. People would drown down there in a flood, and flood myths are a recurring theme in African cultures, and Ethiopia is still regularly haunted by floods that kill hundreds and devastate whole regions. Flooding often hits low-lying parts of Ethiopia between June and September, when heavy showers fall on dry regions.

5. The rock carving of the cavity is extremely primitive, uneven and doesn't follow any of the aestethics the original building in the middle of the hole does.

The tunnel system was clearly made by a primitive group of people which wouldn't be able to build such a church in line with classical architectural design principles.

You wouldn't build a building below surface level without a sophisticated drainage system, but according to UNESCO:


Another challenge is the drainage problem, in an area of deep excavations where water rushes in and stagnates. The traditional drainage system often becomes obstructed and should be cleaned and improved​
The drainage system on the roof of the church itself makes the water flow directly into the cavity. Very inconvenient for people on the ground.

​
8. A single-piece rock-cut stone building can't withstand any heavy outside force, it is an architectural and structural nightmare. High susceptibility of the building to fall apart after earthquakes and other disasters, since the shocks are directly forwarded from the ground to the building. Not only that, it is essentially non-repairable (except when modern archeologists get funded hundreds of thousands of dollars which is an insane amount of money for repairs in Africa).

According to UNESCO the biggest problems for preservation are:


The evacuation of rainwater remains problematic and requires monitoring during the rainy season and, if necessary, modification;​
​
b) The last shelter constructed over Biet Aba Libanos had been advised against by earlier missions due to a risk of landslides on the hill where the church is carved, which could potentially damage the church. Moreover, this church already has large cracks due to landslides that have occurred over time;​
Would a civilization capable of creating an architecturally coherent and somehow stable building simply from a single piece of very fragile stone build something that falls apart in the smallest earthquake and gets damaged already after a couple of rainfalls? No.

Would the structure even survive 700 years? No.

Would a civilization with knowledge about aesthetics and architectural principles know that such a building is doomed to be destroyed? Yes.

There are structures made from real stone and Roman cement that have been standing for 500 years or more without any sign of aging at all, for example European Churches.

This Ethiopian "rock" around the church is instead falling apart, because it's nothing more than petrified soil.

The only reason these so-called churches are still standing is that the molecules from the original materials are still connecting it, i.e. the process of petrification has left some of the structural connections intact or because it originally was primarily real stone/cement and still is, and not the petrified mud that surrounds it. The stone/cement combo has petrified and has adopted the color of the mud it was covered in during a mud flood. The surrounding stone was originally mud.

The reason that no single, individual stones are visible from the outside of these churches is that they probably used cement and plaster to cover the stones, just like in these images from old middle east structures:

The Lalibela Church of Saint George which I have focused on in this post wasn't a church originally (neither was any other Lalibela church), it was simply a house made primarily from either stone or cement and plaster, probably with some wooden parts. For some reason it got flooded with soil/mud, people dug it out later but in the meantime for some unknown reason it had become completely petrified. Then primitive people went nuts and decided it was a church with an exciting history and angels and stuff. Then UNESCO came in and put a lot of money into sustaining the myth the locals have created around the structures. No one involved is actually interested in discovering the truth about so-called rock-cut buildings.

The architecture shows that they were normal buildings and part of the worldwide culture represented by the double-headed eagle that was still alive in the 1600s:

Then something bad happened. That's probably why the cities and rivers on this 1655 map of Ethiopia are gone now:

These houses which are now glorified as UNESCO-protected religious structures called the Lalibela Monoliths probably turned to stone during the event that annihilated almost the entirety of the old Africa, creating endless deserts: 400 year old Sahara Desert, or why people forgot everything they knew about Africa

Note: Archived SH.org replies to this OP: The Lalibela Churches in Ethiopia aren't rock-cut, but products of a cataclysm
Click to expand...

I guess the official line on these is much the same as the Ellora rock cut temples in India.

Same thing sticks out for me here as it did there, why if they can make rock look so good, smooth faces and accurate angles why do they only use this tech on the buildings and not the rock that surrounds them???

This astonishing megalithic complex and the Ellora Caves has always intrigued and baffled me. Here we are told that over dozens of years it was built by several rulers with presumably thousands of stone carvers and labor. I've seen large amounts of work done by large amounts of people, and its...

Maybe a bit too mainstream!

Keepers of the Lost Ark?

Christians in Ethiopia have long claimed to have the ark of the covenant. Our reporter investigated

dreamtime said:
The reason that no single, individual stones are visible from the outside of these churches is that they probably used cement and plaster to cover the stones
Click to expand... 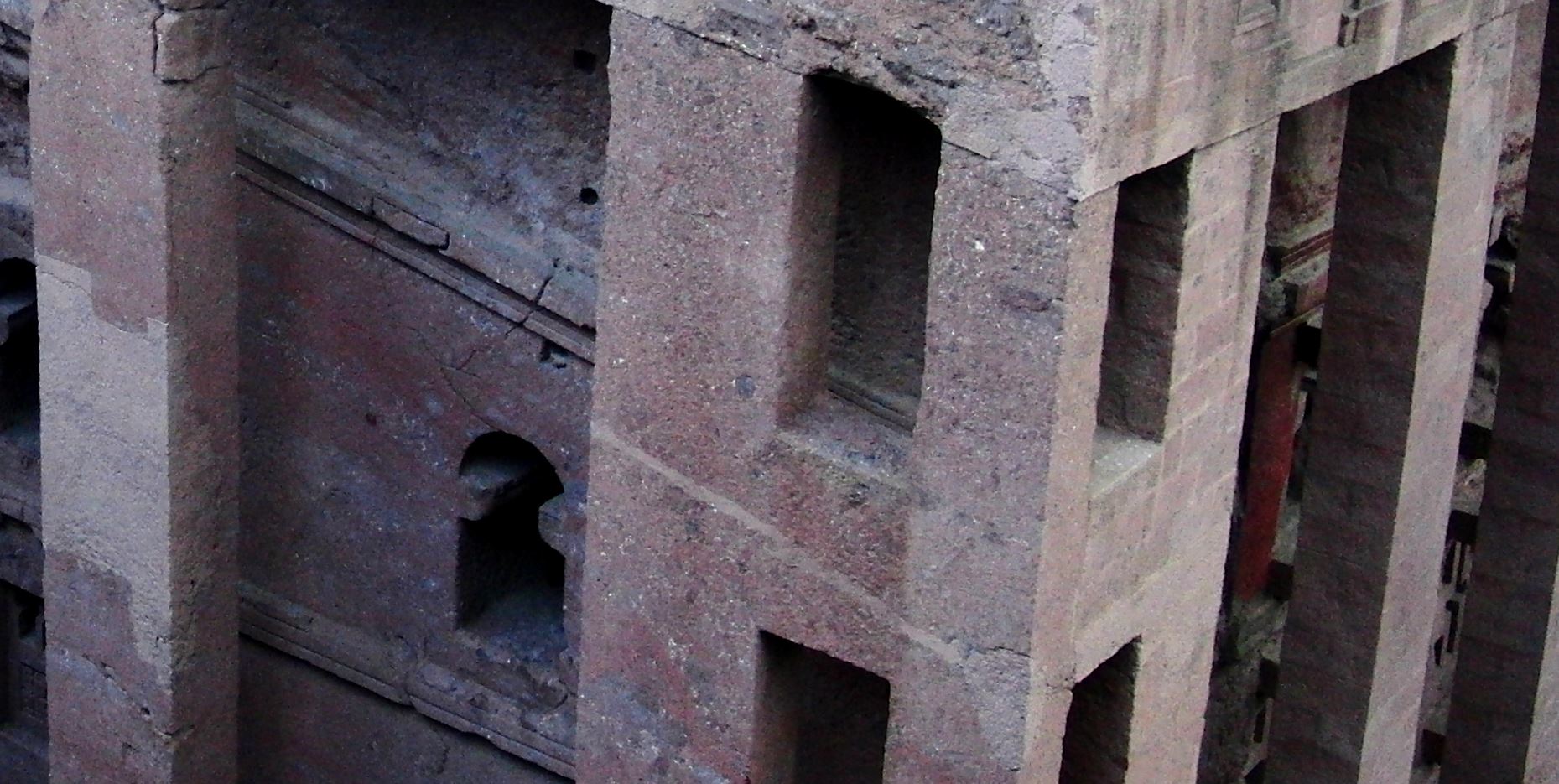 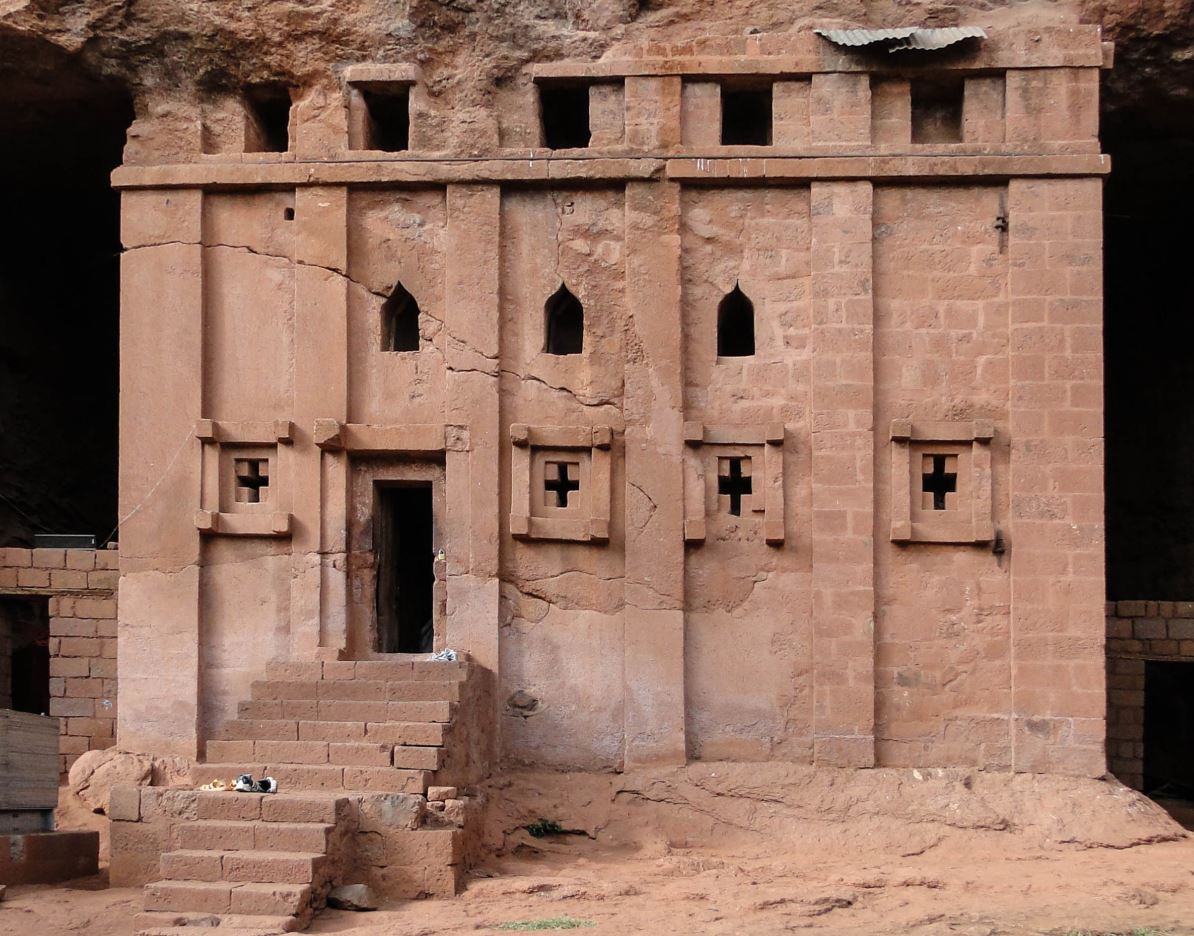 There are quite a few pictures that show individual blocks. In the first picture, you can even see that the blocks are half as wide as they are long, exactly as today.

dreamtime said:
The reason that no single, individual stones are visible from the outside of these churches is that they probably used cement and plaster to cover the stones
Click to expand...

There are quite a few pictures that show individual blocks. In the first picture, you can even see that the blocks are half as wide as they are long, exactly as today.
Click to expand...

either modern restoration work or indeed parts of the old houses. if they are old, they are a sign that these aren't monoliths.
You must log in or register to reply here.
Similar threads