SH Archive The Lost Dock of Liverpool and its Tunnels...

The Lost Dock of Liverpool

I came across this episode of Time team this week; I had not seen it previously. I used to love Time team, back in the 90’s and early 2000’s I thought these people were gods! Only more recently have I realised how ridiculous their statements and understanding are.


​
In this episode the team are in Liverpool, as the city digs up and investigates the old waterfront, prior to completing what is now Liverpool one district.

I was aware of this old Dock, as you can book a tour of it via the Maritime Museum. I had actually planned to do the tours earlier this year but ran out of time.

Anyway, I thought I would give this episode a view and see if I could spot any anomalies in their findings. It did not take long.

Whilst inside the old original commercial wet dock, supposed construction 1710 - 1716, they are talking about layers of brick on top of the bedrock. From around 5 minutes in, they discuss that they wanted to have the best looking dock, so they used brick, but then suggest the build quality of the wall is poor, the reasoning being that they did not have the skilled workforce (bare that in mind) the poor quality build, over a 100 years meant it fell to pieces. Considering these buildings at this link in Liverpool pre date this site, the reasoning that they did not have the skills to build a good quality brick was is suspect in my opinion Excellent tradesmen

Slightly further on in the video, around 16 minutes in. They then proceed to discuss further bedrock, Red sandstone bedrock, which they suggest is stepped, and ‘very well worked’ yet in the previous section they reckon these same workers couldn’t lay bricks?

Then the ‘huh!‘ Moment for me… They casually mention, they have discovered (many) Rock cut tunnels in the bedrock. They discuss briefly, what these could have been for, and how long they run (3/400 metres north) and suggest they could possibly by for water to run, or sewage… This would bring them out around what is now Derby Square and the queen Victoria Monument. Queen Vic

​
I am thinking, hang on, you have gone down 30-40ft, through worked bedrock, and within the bedrock, you have found arched tunnels, but you have no WOW moment, nor real discussion about what these are, or how and why they go there? At this point, I am thinking, stop and think, what is going on here? You are an Archaeologist Phil! Where is the written evidence that these tunnels where part of the docks? It turns out; the original plans were destroyed in a fire in the 19th century, lol, that old chestnut!

This wow (for me) discovery is promptly skipped over and on to the next segment! Wow!

Given my understanding of other Liverpool tunnels, the Mersey and Queensway tunnels, the Myriad of disused rail tunnels around Liverpool, and the Williamsons Tunnels, my spidy senses are tingling. I would suggest that, given these tunnels are ‘in the bedrock’ that they pre date the building of the 1710 Dock. I think there is more to be discovered here, however so far I have come up with nothing.

Also interesting to note how it is supposed the money to build the dock was raised. The corporation basically put the whole city up as collateral and borrowed £10,000 from someone in London, someone whose name they do not know…..

An aside: Something else I noticed, they are stood outside of the dock wall, and behind them are what look like pillars? I wonder what they belong to? This is the site which was Customs House , could this be it's foundations?

Outside of the dock, they are conducting poor archaeology around other areas of the waterfront, and the whole episode of if, buts, perhaps, maybe, we think! You know, awesome science! They discuss the street layouts, and street names, where they suggest these to be ‘medieval’ However, what I have always found intriguing, is there is almost zero evidence of ‘medieval’ Liverpool remaining, especially in the city, save for the 18th century buildings. The episode further discusses the wealth of the city, and how places like St Georges Hall spring up out of this wealth, accrued by way of trade, however I have read that whilst this was happening, there was mass poverty.

Also interesting to note, when the presenter enters St George's hall at 43.67, he says. Wow isn’t it vast; it’s like stepping into ancient Rome’ …. Yeh, I’ll bet it is!

Anyway, I would be interested to know your thoughts on these tunnels! What is going on? Sewage? Drainage? Already existing? Re used?

Note: Please check the Wayback Archive of this OP for any archived replies before replying.
Click to expand...

I tried to edit the Op, but it appears to not want me to add any new info? So here is the video associated with it, and the missing image as I discuss. 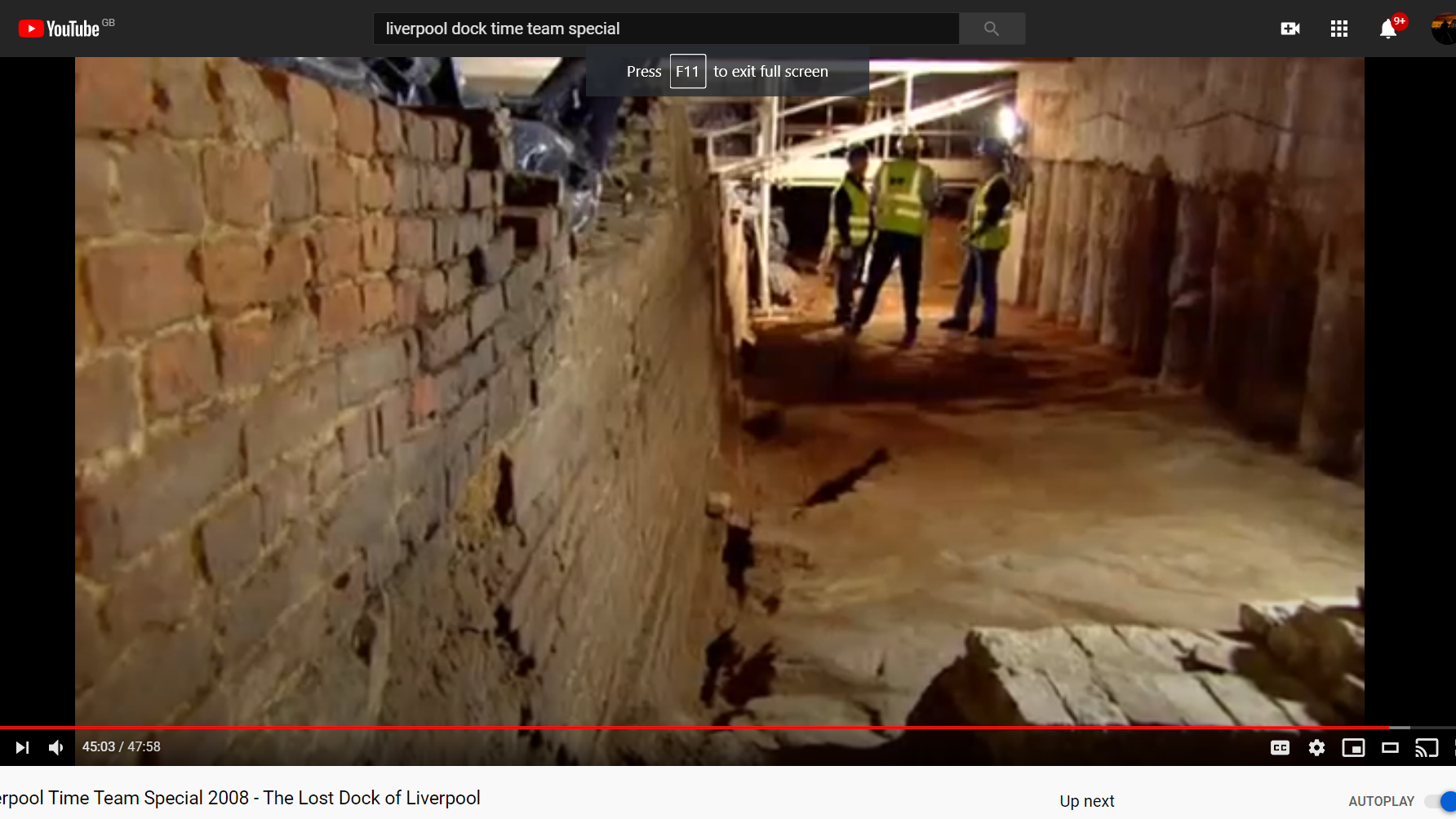