The Mysterious Death of Friedrich Schiller 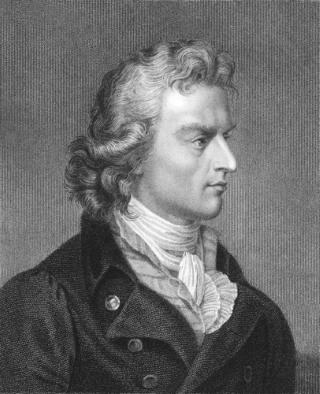 When Schiller died on May 9, 1805 at about 6pm at the age of only 46, many mysterious circumstances accompanied this death. In masonic circles it is said to be an open secret that the poet did not die a natural death, but was murdered. The Illuminati would have recognized with more and more displeasure the effusions of his pen as a danger for their internationalist goals.

Certain historians claim that Schiller himself was an Illuminati - although he once denied this himself. They see in the "Geisterseher" the attempt of Schiller to reveal the secrets of the order - whereupon the Illuminati would not have lacked warnings and threats. After the 'Wallenstein', in which Schiller already struck strong national tones, followed the 'Wilhelm Tell', the incomparable hymn of patriotism, which was banned several times, among others also in the Third Reich. Consider: one of the goals of the Illuminati was internationalism with complete eradication of any patriotic feelings or concepts. Out of respect for the poetic genius, the order, according to one author, once again gave mercy for justice, but the rebellious Schiller did not mend his ways. He started work on 'Demetrius', which was to surpass 'Tell' in national enthusiasm. The Order now wanted to prevent the completion of this drama at all costs. Schiller went to Berlin with the intention of settling there and finding safety. Only once did he return to Weimar to prepare his relocation. Here, the court knew how to delay him by increasing his annual salary and other amenities long enough for his doom to befall him - in the events of which the Weimar court is said to have been causally involved.

It is known from literary history that Goethe had already suspected the imminent death of his friend several months earlier. In the 'Türmer', October issue 1909, Georg Meyer (Wurzen) writes the following in an essay about the chapter of forebodings:


"In the letters of Heinrich Voß, it is reported that Goethe, on the last New Year's morning that Schiller lived, wrote the latter a congratulatory note. When he read it through, he found to his horror that he had written by mistake: 'The last New Year's Day' instead of 'the renewed' or 'the returned' or the like. Full of astonishment and fright, Goethe tore up this card and began to write anew. When he came to the ominous line, he could only with difficulty refrain from writing again of the last New Year's Day. So the premonition urged him! On the same day, Goethe told Frau von Stein about the coincidence and said that he had an inkling that he or Schiller would pass away this year."​
In anthroposophical circles it is believed that Goethe was clairvoyant. Elsewhere, this hypothesis is doubted and it is argued that Goethe knew about the death sentence on Schiller. This explains that one night shortly before Schiller's death he stopped under the window of Schiller's study and wept bitterly when he saw the shadow of his friend walking up and down the room.

In the book 'Briefe von Heinrich Voß an Jean Paul' (Letters from Heinrich Voß to Jean Paul), edited by Abraham Voß, there are revealing clues to the background of Schiller's death. Heinrich Voß was a teacher at the Gymnasium in Weimar from 1804 to 1806 (Schiller died in Weimar in 1805) and died as a professor of philology in Heidelberg in 1822.

The fact that Schiller did not die a natural death is characteristic of the fact that the poet, who was a favorite of the people of Weimar and an honorary citizen of the city, a favorite of the court and ennobled by the emperor, was buried as a pauper or, more correctly, as a criminal. Schiller was not poor at that time anyway, since he owned a house and, in addition to the earnings from his pen, had an annual salary of 800 thalers and had received 300 thalers from Dalberg just before his death; he also owned a full wine cellar and had a body servant on top of that.

Nevertheless, the Oberkonsistorialrat Günther - a high Illuminati member - carried out the funeral in accordance with orders and instructions exactly as if Schiller had been an executed criminal. Schiller's widow was eliminated - she received 70 or 80,000 thalers in cash from publisher Cotta shortly thereafter - and her future was thus assured. The free delivery of a beautiful, oak coffin by the carpenter Engelmann was refused. It had to be a miserable coffin made of fir boards for 3 thalers 6 groschen.

Two days after his death, Schiller was carried away at 1am without ceremony, without a wreath, without any entourage, at the sound of the poor man's bell and let down by the gravedigger without any word from a consecrated mouth through a trap door into the 'Landschaftskassengewölbe', where already 53 corpses lay buried. None of his friends accompanied him, only in the cemetery a hooded male figure was noticed, sobbing loudly and in despair; Schwabe thought he recognized von Wolzogen, Schiller's brother-in-law, in him.

Already on May 21, 1805, Wilhelm von Archenholz criticized in No. 61 of the "Zeitung für die elegante Welt":


"If this is true, it is terrible. This haste with the burial, which was made necessary by no weather! This midnight hour, as at the funeral of one who has died of the plague! This isolated coffin dragged away without all entourage! These ordered workmen, who were to carry the corpse of a Schiller to the grave in Weimar!"​
Weimar death statistics show how unusual a night burial was: between 1803 and 1822, only five bodies out of 4315 were carried to the grave at night. And at the witching hour, as in Schiller's case (namely at 1:43 a.m.), not a single other corpse was buried.Schiller had probably made no provisions for a possible death and did not own a crypt. For, as his widow Charlotte wrote to Fritz von Stein: "He did not suspect the near separation, at least he did not tell me." Or Luise von Goechhausen: "He himself did not believe to die, at least he did not express anything about it, even his own hardly believed in a near danger."

Allegedly, the doctor in charge, Dr. Huschke, had performed an autopsy after Schiller's death.Where the order for this came from is still unclear today. It could not have been the family, because the widow Charlotte, Caroline von Wolzogen and the four children left the morning after Schiller's death. Their whereabouts are unknown to this day. All that is known is that they were in the Wolzogen home from May 13, where Charlotte lay ill.

What was found during the autopsy reads so gruesome that it can only be concluded that it was a hoax. No human being could have lived with such a corroded body as was attributed to Schiller. However, that he was in quite good health until a few days before his surprising death is proved by meticulous lists of his social life published by the author Henning Fikentscher in his scientifically accurate book 'Der heutige Stand der Forschung über Friedrich Schillers sterbliche Reste' (The present state of research on Friedrich Schiller's mortal remains) (published in 1990 and inexplicably quickly disappeared from the market). According to Huschke's autopsy report, Schiller's heart was said to be only an empty sac, without muscle substance. His left lung was rotten, gangrenous and disorganized, in addition completely fused; the right one thoroughly ulcerated. The gall bladder was twice as large as normal, the spleen two-thirds larger, and - among other atrocities - the two kidneys "dissolved in their substance and completely grown together. No wonder, Huschke concluded, "In these circumstances one must wonder that the poor man has been able to live so long." To this day, no official reason has been found for the obvious falsification of Schiller's cause of death. It also remains unknown why Huschke had this untrue finding hastily forwarded to the Duke, who was in Leipzig and who, as a layman, probably knew little about it. And why did he inform the duke that Schiller's heart had been torn apart - when it was supposedly only a piece of skin without any muscular substance?

dreamtime said:
To this day, no official reason has been found for the obvious falsification of Schiller's cause of death
Click to expand...

Probably because it was a 'Jack the Ripper' style masonic mutilation/execution with the entrails thrown over the shoulder etc. This is more likely if he really was a Freemason as it's the punishment they all swear to submit to if they betray the order.

They might have just faked his death and gave you a story...and Goethe knew it.
Last edited: Apr 20, 2021

Onijunbei said:
They might have just faked his death and gave you a story...and Goethe knew it.
Click to expand...

Good point, sometimes they do those things strategically, to end the life of a public persona without ending the life of the cabal member behind the persona.

Goethe was definitely part of the game, that I know from his background, so he could have known about the decision.

I fail to find evidence that Schiller was a true threat with his nationalist writings, and for example he wrote one of the first books on the Thirty-Years' War which contained the official narrative of the event.

Obviously they had to do everything low-key if he wasn't really dead.
S

dreamtime said:
I fail to find evidence that Schiller was a true threat with his nationalist writings, and for example he wrote one of the first books on the Thirty-Years' War which contained the official narrative of the event.
Click to expand...

Is this possibly the origin of the word 'schill'?

dreamtime said:
in the cemetery a hooded male figure was noticed, sobbing loudly and in despair; Schwabe thought he recognized von Wolzogen, Schiller's brother-in-law, in him.
Click to expand...

If his death was faked then the hooded figure to me is more likely to be Schiller himself distressed by the way in which his ending was portrayed and by all he would have to give up,famly,friends etc in his new life.
You must log in or register to reply here.
Similar threads