Traces of technology by cuts in stones adding the liquid or soft rocks.

HELLBOY said:
Expression of high engineering ...
The perfection of the Qoricancha
According to the chroniclers, it was one of the most impressive buildings of the Inca Empire, it had entire walls covered with gold sheets inside, as it was the main temple dedicated to the Sun.
They are techniques that with the current ones, it is impossible to replicate. They are one of the examples that around the world, only ratifies the existence of "another humanity."

Qorikancha, in Quechua: ′ ′ Pregnant with gold ", represented the most sacred place of the Inca empire. It is located in Cusco. 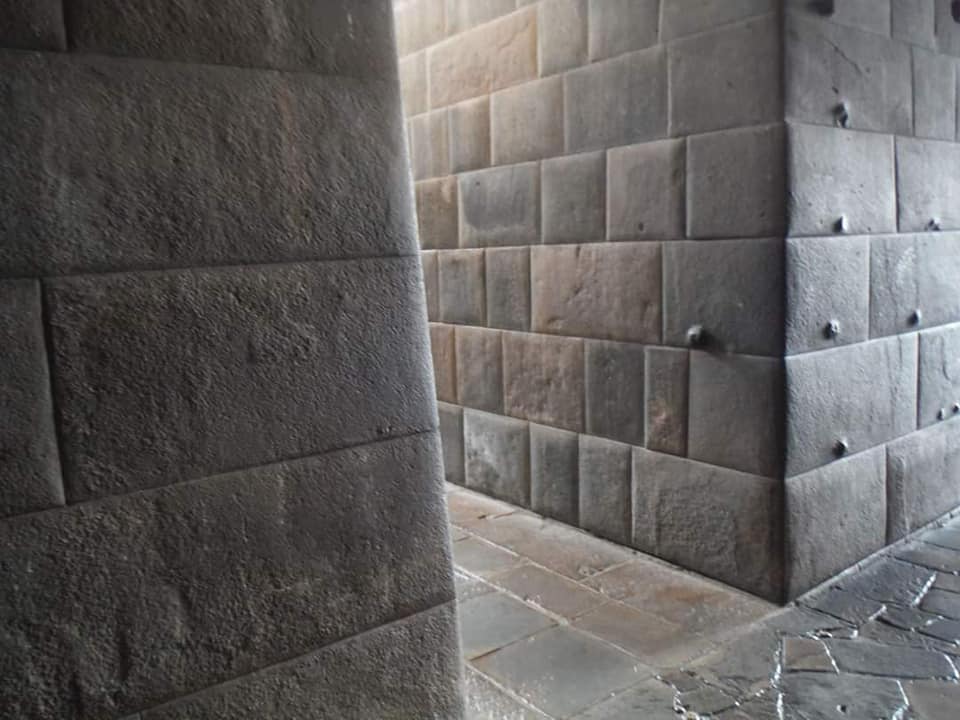 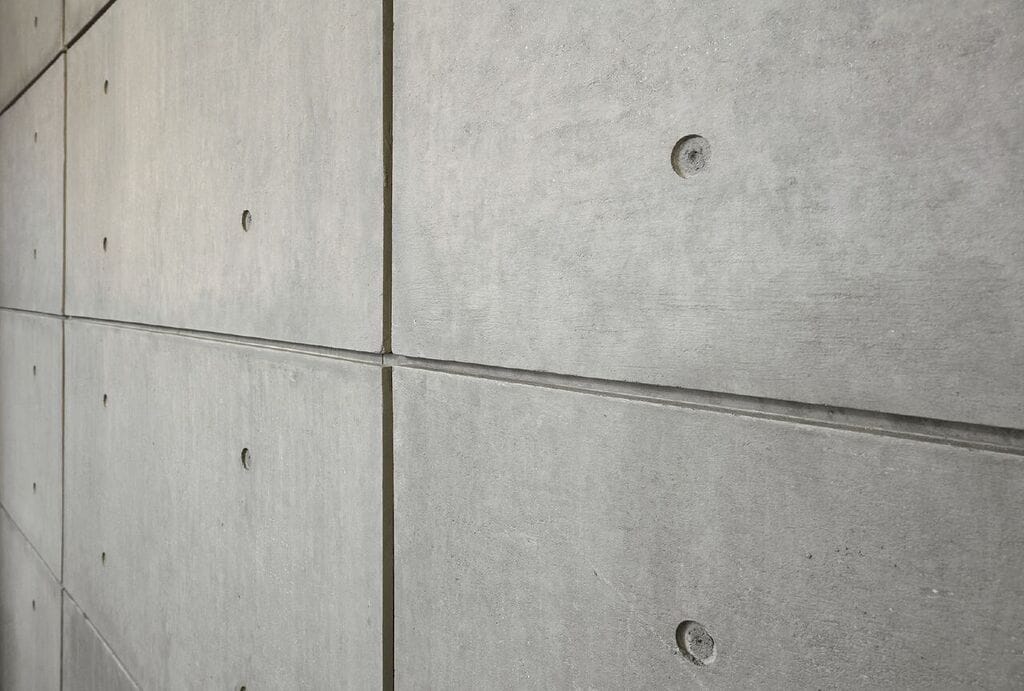 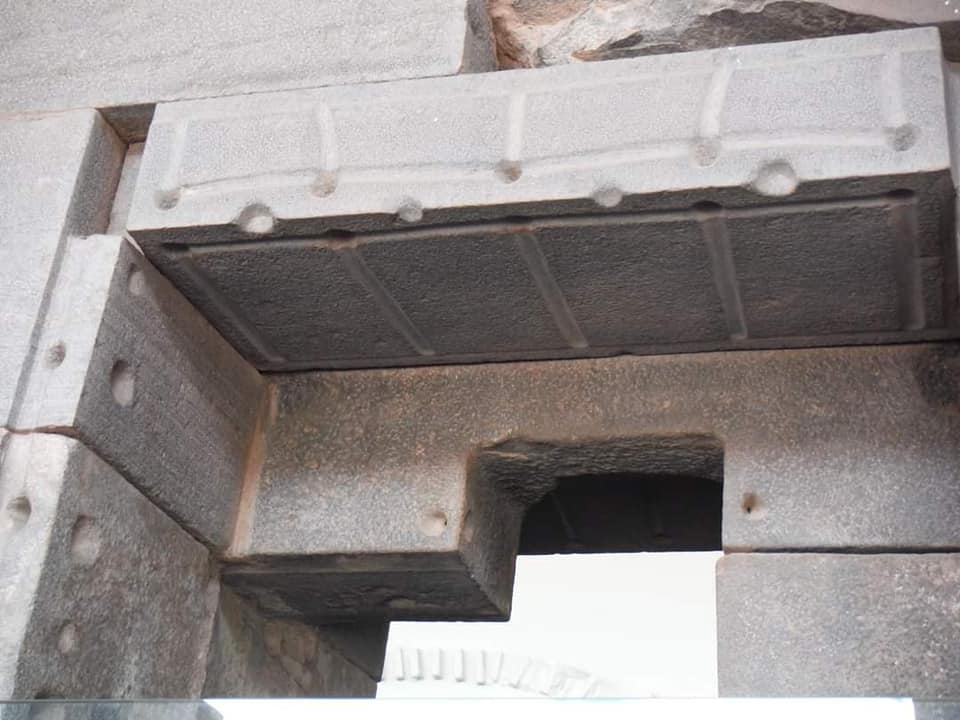 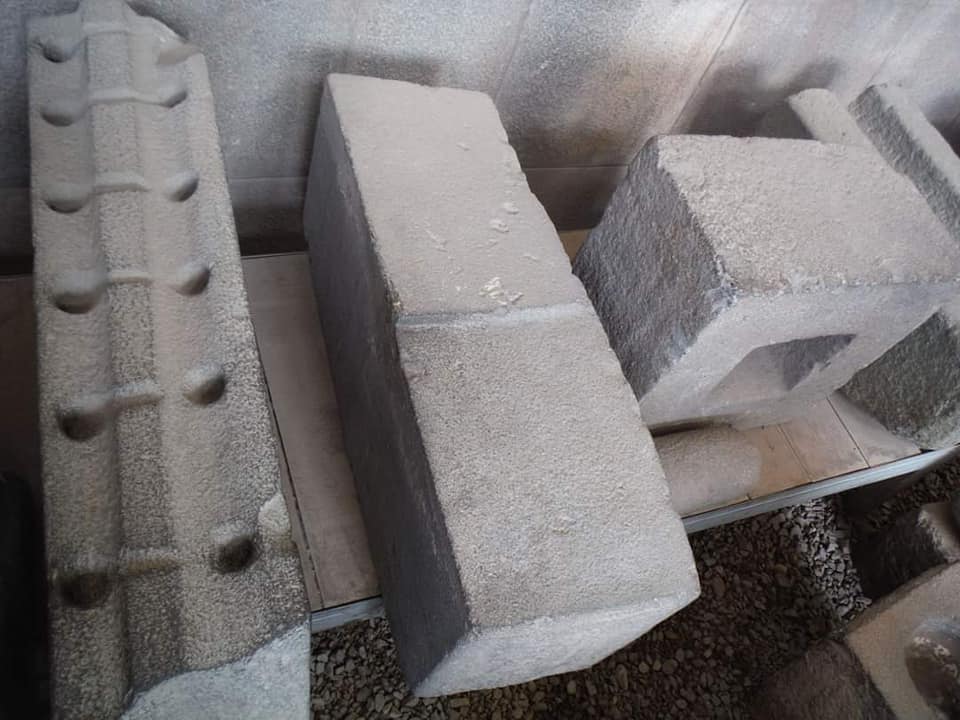 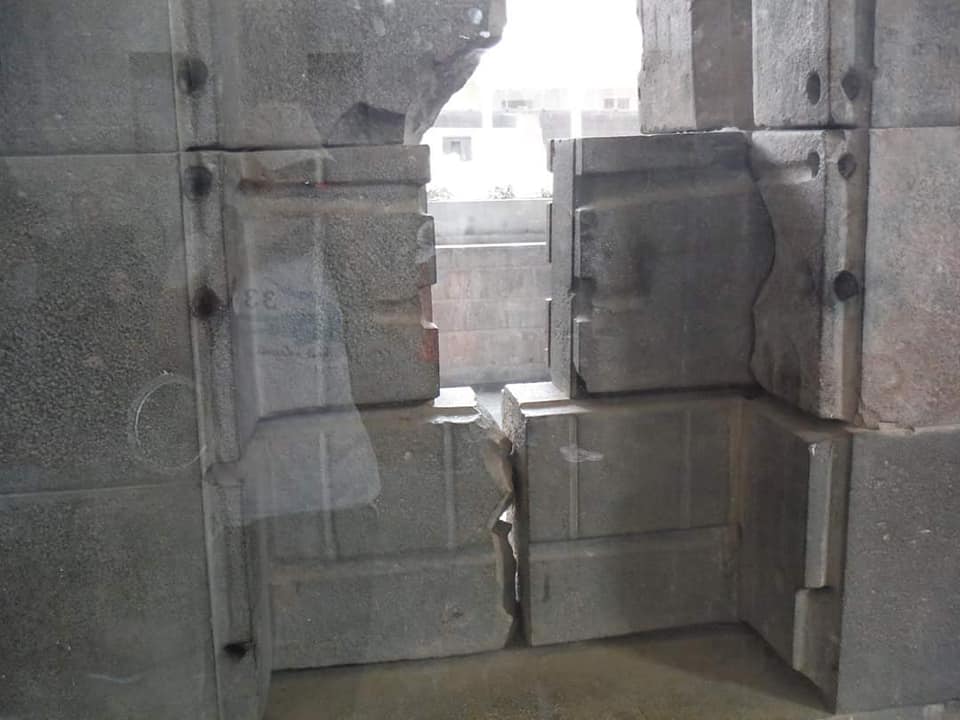 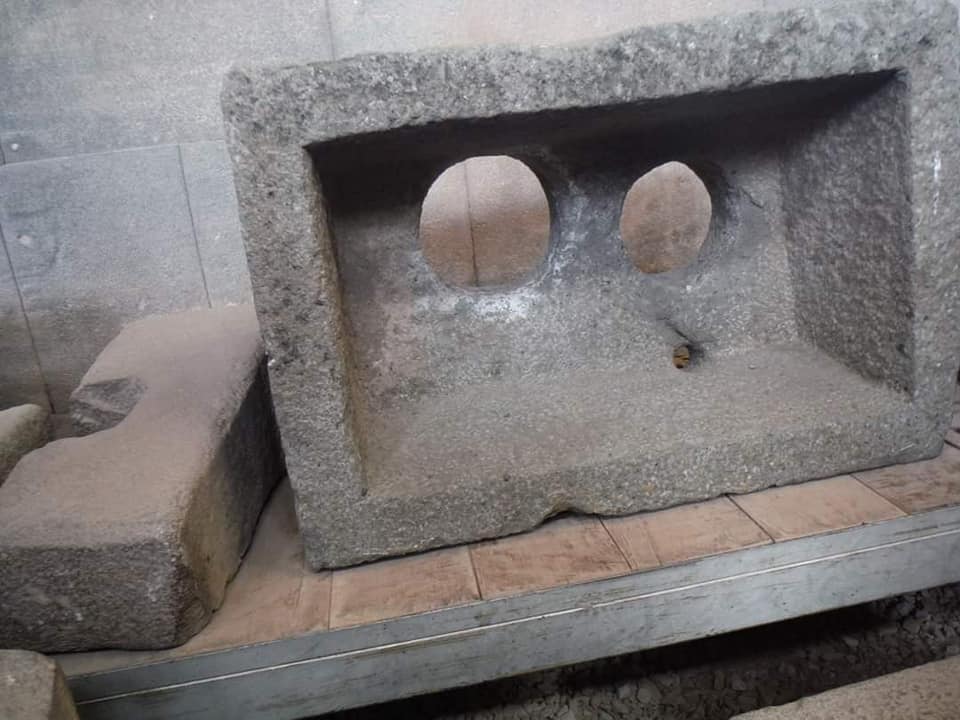 Juzzer said:
What do you make of this melted granite on the floor outside the second pyramid, it’s everywhere.. super old school polyfilla maybe? ?‍

This also brings to mind the 3D printed replica of the Kings Chamber I saw yesterday, I can’t even begin to imagine how they managed to plan something like this and then carve it out of granite.. I’ve made a wooden statue using nothing but a stanley knife this week, and even with my artistic background.. I was left scratching my head ?

They call the granite beams above the "King's Chamber" a "relieving chamber" because the theory is that these beams are somehow strengthening the roof of the King's Chamber to withstand the weight of the pyramid above it. But they can't do that at all: they are hanging in the air, supported only at their ends, carrying no load. There is no structural reason for them. In order to act as a load-bearing beam, there would have to be a vertical load applied somewhere between the two ends of the beam. Otherwise it's just a decorative element, or it has some other purpose. This is basic engineering.

Excellent thread.. I am late to the party but hopefully I have something to contribute.

Seems that geopolymer is being used today: EFC Home | Wagners Fascinating that huge buildings and runways are being used with this geopolymer today. As a cheaper replacement for modern building materials I am very happy to see this. Now we can all build our own churches
F

kd-755 said:
Now the encrusted iron stair or ladder is something I have seen before. Long long ago well in the 1980's I saw something very similar. It was a ladder going down into a brackish water dock. Not quite fresh not quite salt just a mix of the two. I admit it wasn't as encrusted as the one in the photograph but it was well on the way. The encrustation was alkaline in nature and we assumed that it was salts leaching out of the water and some sort of anode/cathode reaction was taking place involving the steel of the ladder but we didn't progress our thoughts more than this.
Click to expand...

Here is another interesting specimen. It's called Waffle Rock. It was discovered during an excavation, I believe, in West Virginia. Some geologists claim it is a result of natural erosion, which I find highly unlikely, while others admit they have absolutely no explanation. 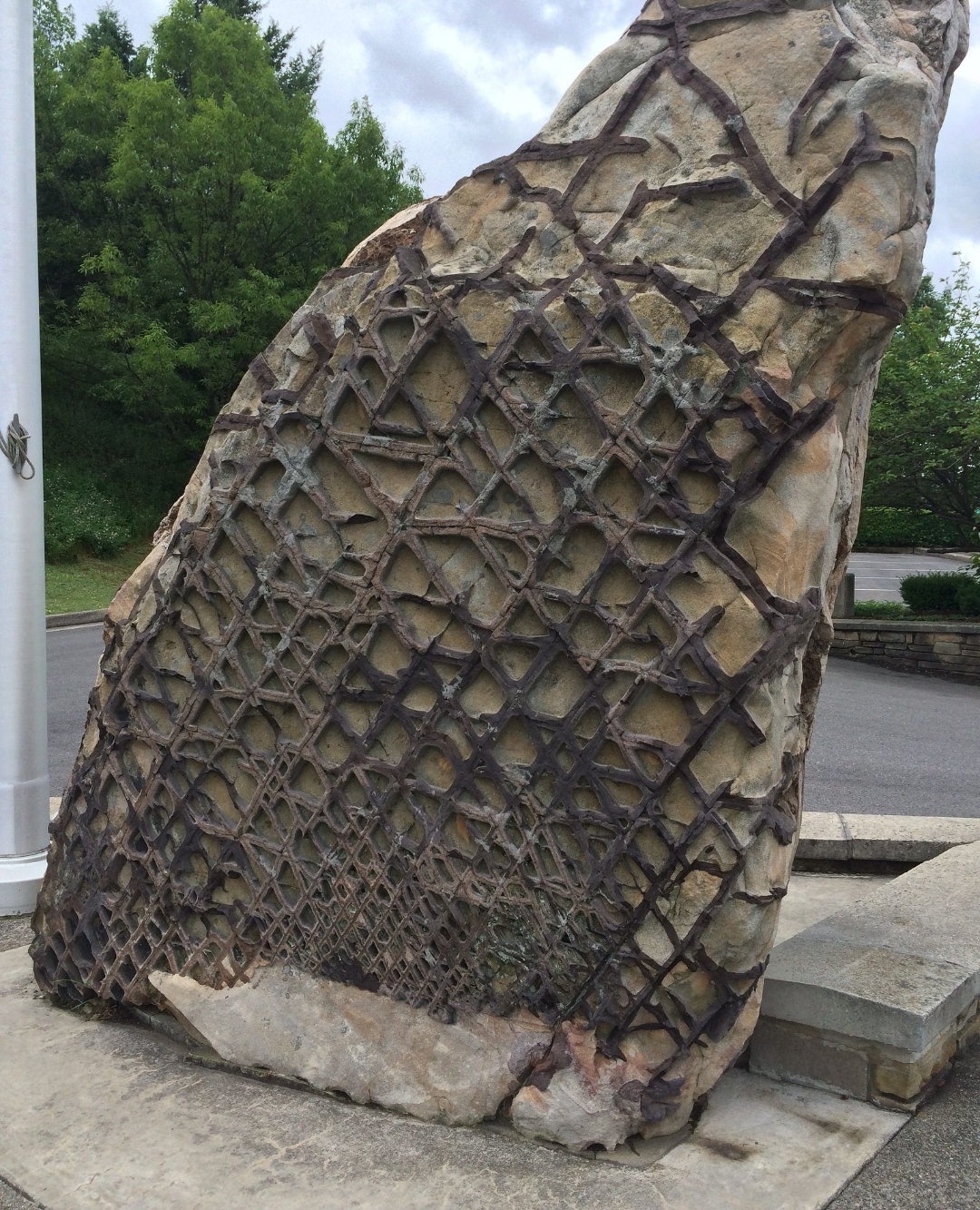 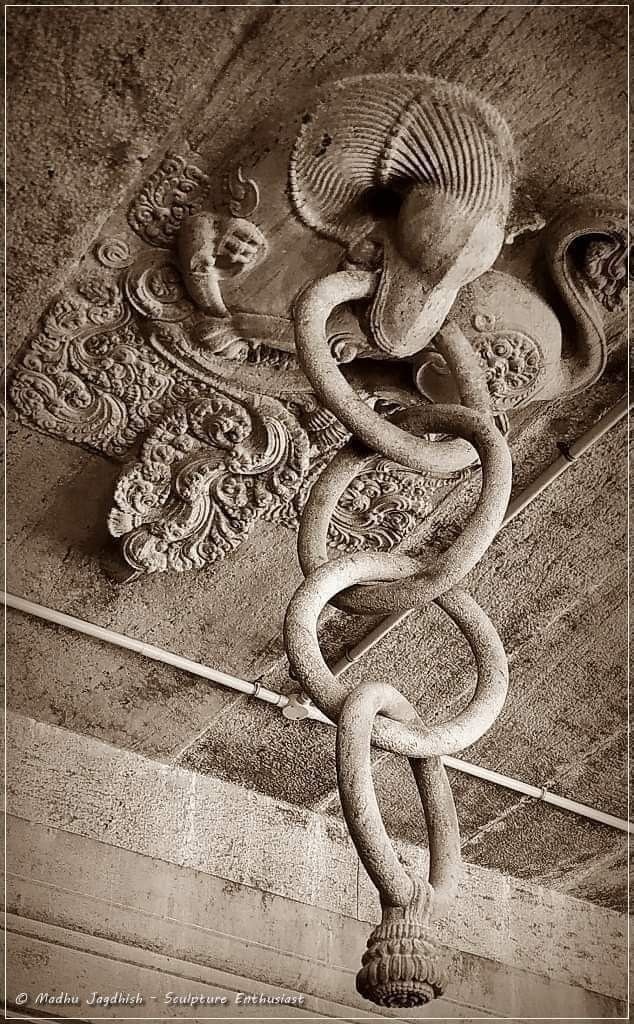 That photo belongs to a hindu temple that's in Karnataka
If building a stone chain may seem difficult it is nothing compared to an Olmec serpentine knot. Serpentine is a very hard stone, and every inch of it has been polished. Another masterpiece, pre-Columbian Oopart.

How can a rock of that size keep itself in perfect balance? Another great mystery is how this rock could have been cut in two with such precision. 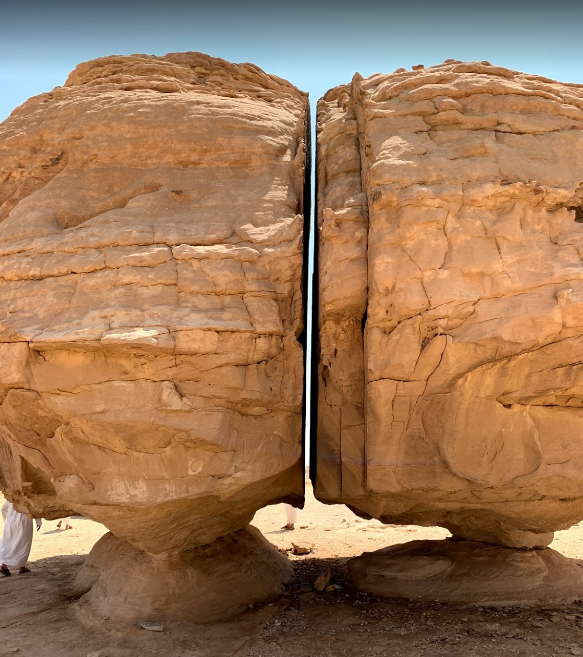 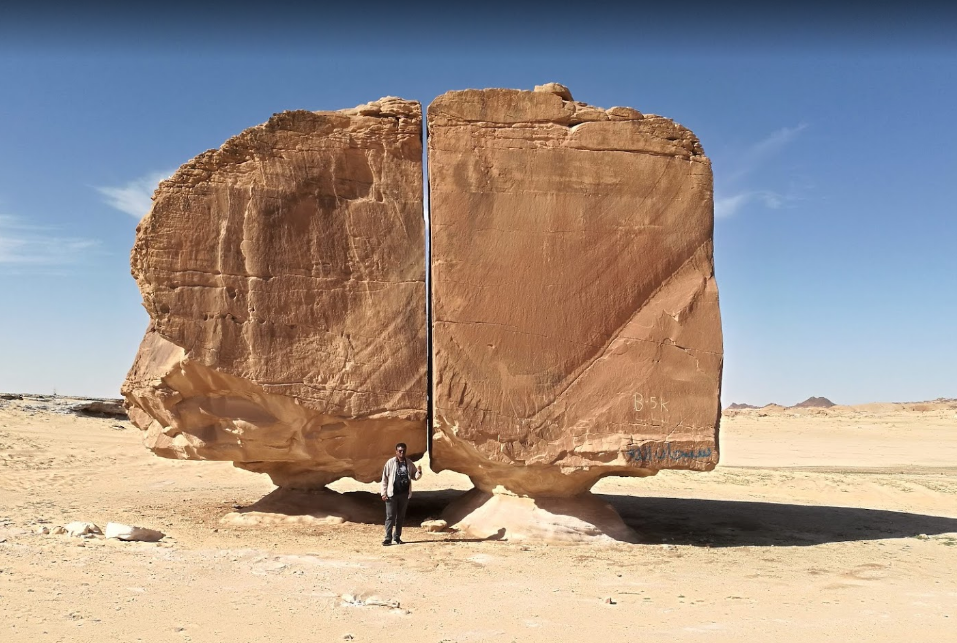 Possibly, according to studies, what happened thousands of years ago is that the ground moved in such a way that the rock divided and, curiously, it stayed in this position. It is said that it could be due to a volcanic dike of some minerals that solidified before coming to light.
Unfortunately, the Kingdom of Saudi Arabia is one of the most difficult countries to visit in the world, whoever manages to do so can discover really surprising corners since it hides one of the greatest treasures of archaeological remains; Another example of this is the mysterious Madain Saleh with more than 131 ancient tombs or the clay ruins of Diriyah, declared a World Heritage Site by Unesco. Lihyan - Wikipedia Google Maps

It is an area where numerous archaeological discoveries have been made.

​
Rocks "laser" cut in the remote past?
Although, there are also water-based cutting machines with abrasive. 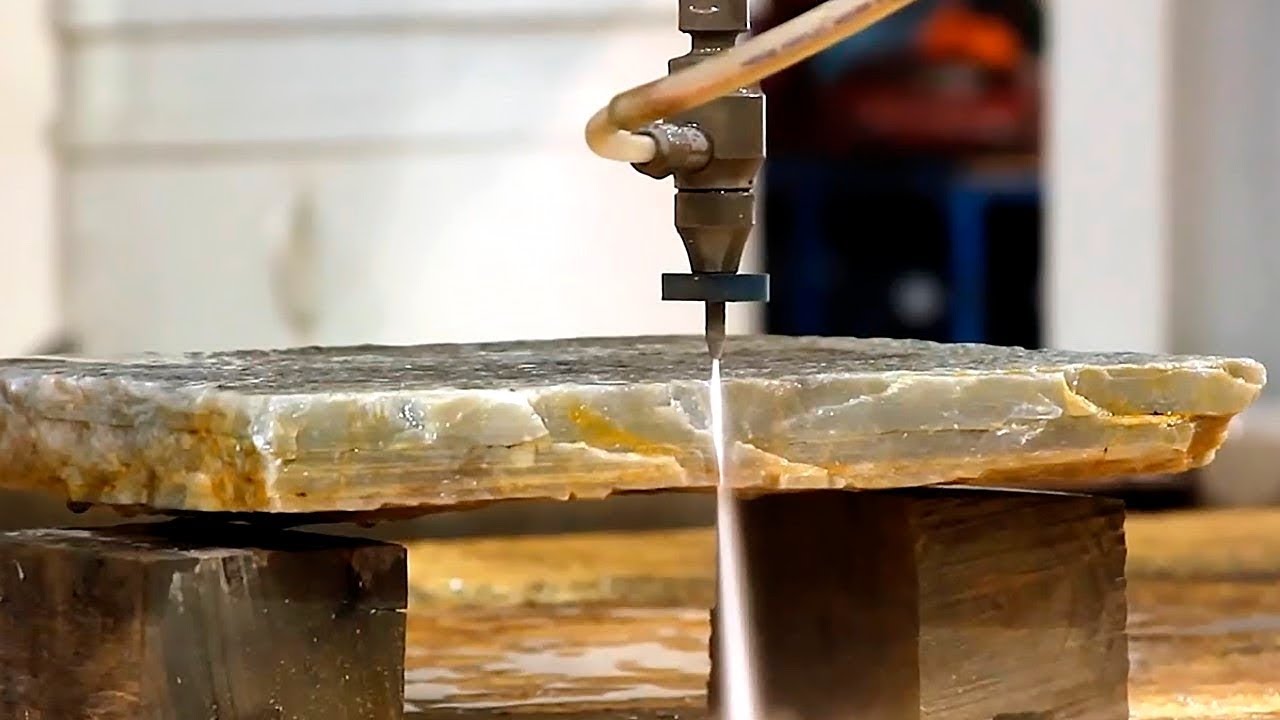