I saw some chat on social media about a marked increase in current volcanic activity, so did a little quick digging.

Here, claims on average around 20 ongoing active volcanoes at any given time...

Here is an interactive map of ongoing activity Map

I wonder, is this a natural cycle, or is something brewing?

Does anyone here have any real life experience of monitoring volcanoes?

Is 52 quite normal? Does it matter which Volcanoes are active?

In relation of volcano-activity I think volcanos are explosions from methane with high overpressure in the earths ground after a catastrophe where hydrogen and carbon was pressed in the earths ground. The hydrogen and the carbon were merged into methane throught this catastrophe and now the overpressure is too hight to hide methan any longer on earths ground. So there are many new volcanos which bring out the methan again. The methan disintegrates immediately into hydrogen and carbon. Hydrogen and Carbon reacts with oxygen on the surface and merged into wather and carbon dioxide. This is one reason volcanos often brings a mudflood and more carbon dioxide in the atmosphere for new plants. These process of much new volcanos are naturally from a regenerated planet earth. Also the new structures in sibiria (thermokarst) I think they are cellstructures of a regnenerated living planet earth.
V 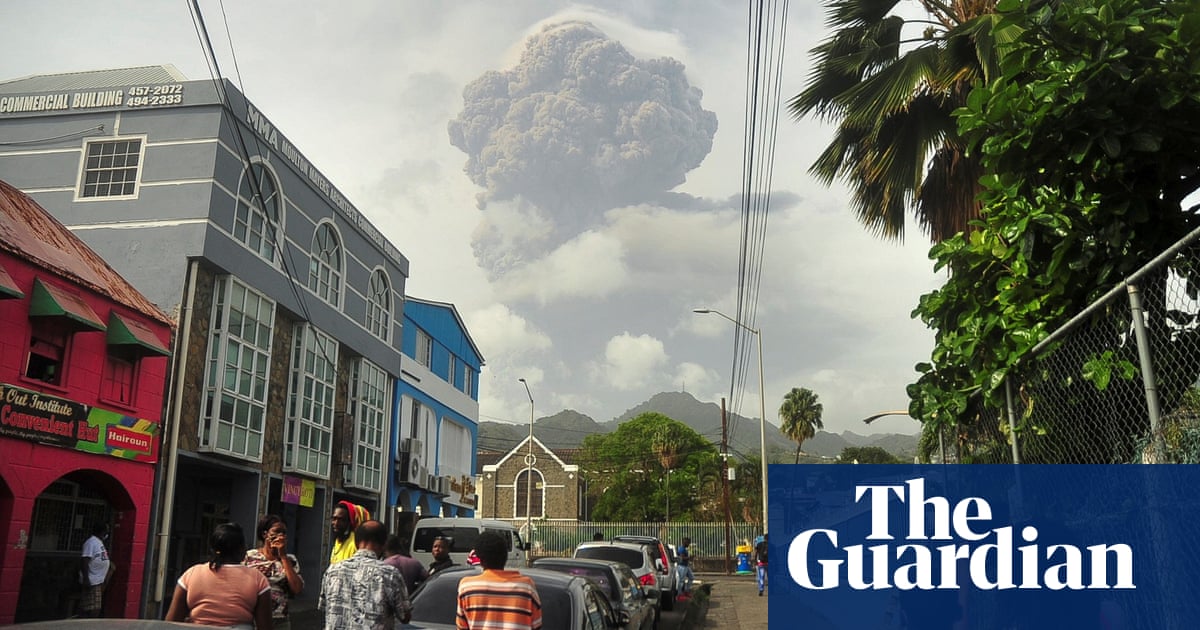 Timeshifter said:
I saw some chat on social media about a marked increase in current volcanic activity, so did a little quick digging.

Here, claims on average around 20 ongoing active volcanoes at any given time...

Here is an interactive map of ongoing activity Map

I wonder, is this a natural cycle, or is something brewing?

Does anyone here have any real life experience of monitoring volcanoes?

Is 52 quite normal? Does it matter which Volcanoes are active?

(I wonder, is this a natural 'cycle', or is something brewing?)

We entered a Grand Solar Minimum (GSM), according to Dr. Valentina Zharkova and others, in June of 2020. That would be termed by NASA, NOAA, etc., Solar 'Cycle' (SC) #25. That is to say: the 25th recorded solar 'cycle', of approx. 11.4 yrs, since 'Official' records began.
According to Zharkova it is the first of 3 GSM back to back which would make it a Super Grand Solar Minimum (SGSM) which is expected to last 33+ yrs substantially affecting the Earth and its crustal displacements among which includes volcanic eruptions (VE), earthquakes (EQ), and, erratic tides and substantially worsening weather. Also affecting, sidereal, the wandering magnetic poles, the weakening magnetosphere, and, generally unrecognized events like mud floods and mud volcanoes; among other anomalies.
All of this from a SGSM the equivalent of the Maunder Minimum GSM, actually a SGSM, of approx. 1645 to 1715 AD, which plunged the world into radically colder temperatures as standard; plus mass depopulation.

(Does anyone here have any real life experience of monitoring volcanoes?)

Yes. Forty years following the subject and reading the reports of events. I have, on average, one or two EQ's per year within a one hour drive from home.

(Is 52 quite normal? Does it matter which Volcanoes are active?)

52 is NOT normal if by normal you mean: a mean average of above water surface volcanoes erupting. Since there are untold numbers of underwater volcanoes we can't really observe or judge them except in relation to seismic events as reported according to judicially placed seismometers (supposedly invented by Chinese philosopher Chang Heng in A.D. 132 ). (Note that an inordinate number of undersea EQ's / volcanoes, and many underground EQ's show a depth of 10km's. That is a default number and not an actual reading.)
Important to note about volcanic eruptions is there relationship to other volcanoes, or EQ's, occurring on the opposite side of the planet, often upon recognized fault lines, which are, or should be, termed 'Antipodal' events. Of these there are too many to reference here, though; generally they are not referred to at all by vulcanologists or seismic observers.
One recent case in point would be the very, very prodigious, very large EQ's, swarm, which, obviously, includes undersea volcanoes, which occurred in the first half of February, 2021, at Vanautu, Kermadec, Loyalty and New Zealand Islands, which, is antipodal to the Mediterranean region. Most notable is that: when the for-mentioned S. Pacific event shut down, just 12 hours later, Mt. Etna erupted in the first of some 20 paroxysms. When Mt. Etna quieted down, somewhat, the South Pacific ticked up in activity again.
(Note: you won't hear any of the forgoing from the likes of Dutchsinse as he has been owned, or co-opted if you like, for 10yrs or more. Just like he does not talk about the gov agents who are attempting to cause and/or tame, EQ's, volacanoes, etc., for a long time using Electron Beams both earth and space based.)
That there were accompanying EQ's in various parts of N. Africa, bordering the Mediterranean, which do not normally entertain very many EQ's, adds considerable punctuation to this case of antipodal, and, makes the point that more volcanoes erupting equals more EQ's. And, more EQ's equals more volcanic eruptions.
Now, people, especially scientists with their own brands, and vested interests, will care to argue that the above events have nothing to do with each other. Personally, I find it very, very hard to refute my own arguments but you go ahead. And not being a scientist I have no vested interest. Just interest. Like, in my life.
I do like discussion but avoid rather stupid arguments.
To punctuate with an event that anyone can research: 3 weeks prior to the Jupiter / Saturn conjunction of Dec. 21, 2020 (on Nov. 19-20, 2020 Sun, Mon, Tues depending on where you are) there was a Corona Mass Ejection (CME) from the sun. Within 24 hrs the magnetosphere of earth was sufficiently impacted, in the South Atlantic especially, to interfere with Marine Radio bands. (Think GRID DOWN for a moment.)
More to the point is that within that same 24hr period following the CME there were two 6+ mag EQ's, 25 SECONDS apart on opposite sides of the planet. In the next 24hrs there were two more 6+ mag EQ's.
Coincidence? Some people think so.
Some people think pigs can fly!
In my observations I have never seen two 6 mag EQ's 25 secs apart nor four in 24hrs EVER!!! Even though 6 mags are fairly common.
What am I smoking? NO-thing at the moment.
In my view there is no coincidence here but rather 'cause and effect'.
The Sun is the cause and Earth feels the effects!
Expect more volcanic eruptions, a lot more, especially Super volcanoes, almost anywhere. Expect more EQ's, especially in the NMSZ, even bigger than the 8 mags of 1811 - 1812. 8 mags are extremely uncommon and VERY dangerous. Those same 8 mag EQ's today, at New Madrid, would end America, and most of Canada, as we know them. It is expected, but, just not talked about.
I consider it imperative for humans to understand the planet they live on, and their own species more than any other, especially in light of the ongoing 'pandemic' which is distracting from a very real extinction level series of events.
Hmmm! How interesting! Did I just write that? Naw. Must have been someone else on my keyboard.
NONE the less
How convenient: Three 6 mag EQ's in one day antipodal to the St. Vincent / Grenadine volcano eruptions.

Last edited: Yesterday at 9:37 PM
You must log in or register to reply here.
Similar threads