I have got a serious issue with this one right here. Have a look at "Welcome Hall". This was built in 1897 to house a mission for the First Presbyterian Church here in Buffalo. You might remember this church from this post (and I just caught it used in TheCrowHouse' latest video). The story goes...

It was also during this time on May 16th, 1897 that construction began for Welcome Hall. The building, designed by the same architectural firm of Green & Wicks, was located at 404-408 Seneca St. as a mission of First church to the community; the lands and buildings costing about $50,000.00.
Click to expand...

Built 1897 at 404-408 Seneca St. as a mission ... "Because of the economics of the times; the church was forced to give up the mission of Welcome Hall following the retirement of Rev. William E. McLennan, who had been the director since 1909. The building and mission was sold to the City of Buffalo where it remained in operation as a community center before being closed and torn down a few years later." - Bruce McCausland, 1887-2012 History of the First Presbyterian Church
Click to expand...

So, have a look at these two drawings. Unfortunately, there are no known photographs of this "Welcome Hall". 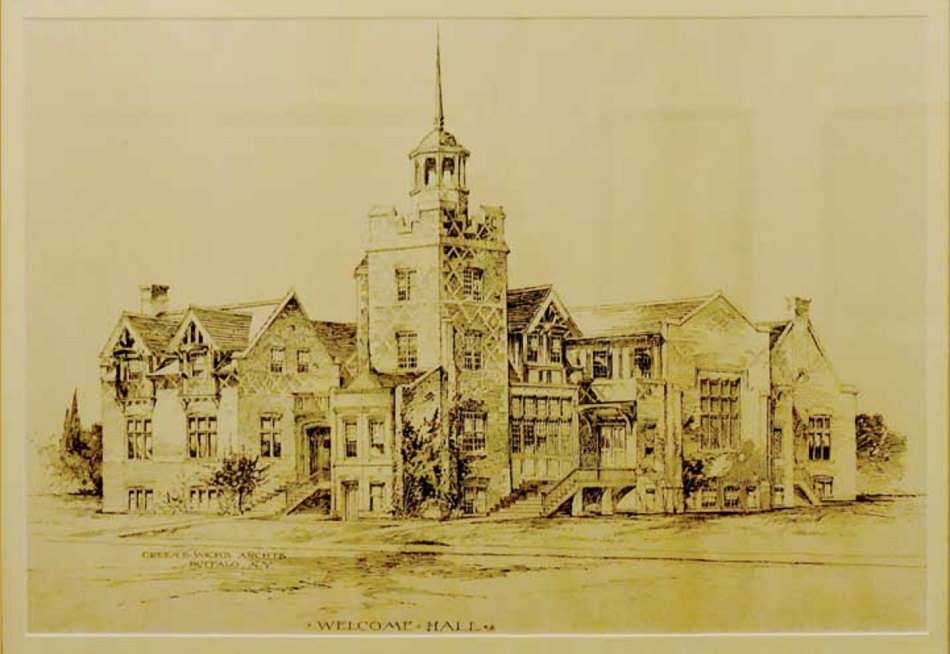 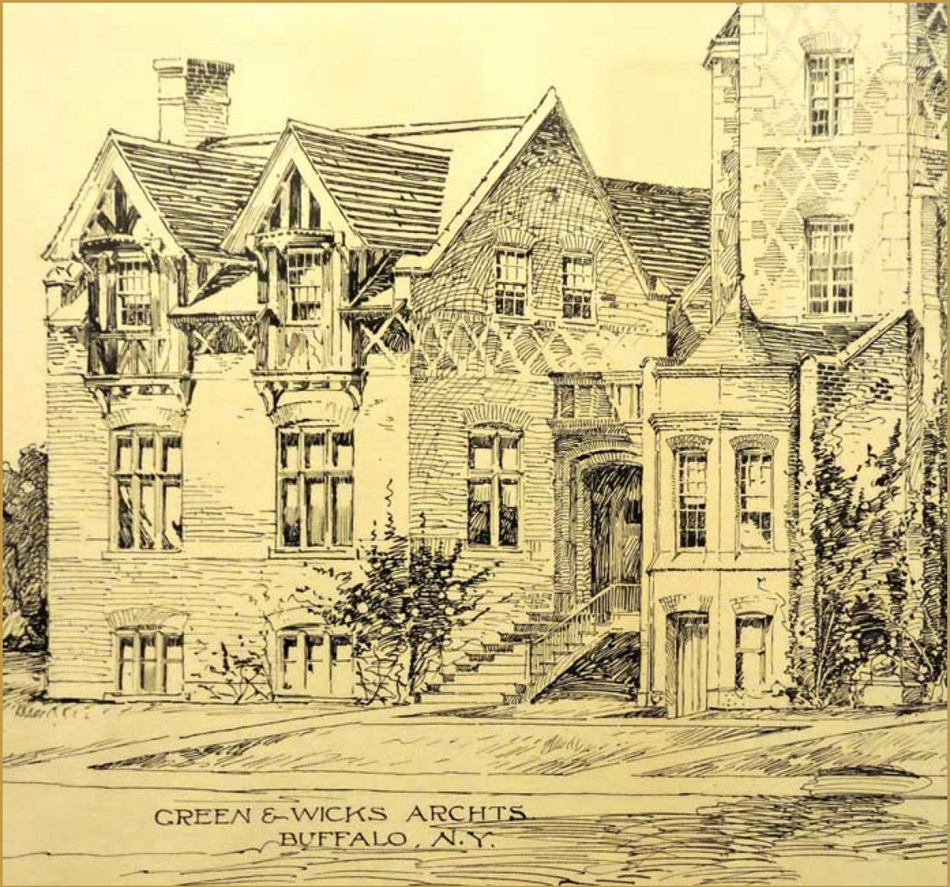 We tend to talk about certain heroes of the past who have architected the entire US (Sullivan, HH Richardson, Green & Wicks, et al). Often times, it seems almost impossible someone like Richardson could have pulled off some of what he is credited with. Welp, now I have a problem with Green & Wicks and possibly false attribution.

Take a look at the second drawing. I highly doubt that Green & Wicks, one of the most almost-famous architecture firm in the US at the time would build something that is clearly "mudflooded". There is no way on earth that the Church would have let them build a front door that goes up between the first and second floor. And then the door that is sunk down on the right, why would they accept something so silly. The windows straight to the ground (in snowy Buffalo, real smart). You would have to shovel out that sunken door. Two chimneys in the entire building? Bell tower. Pointy steeple. Nah. This doesn't add up.

What I am saying is... I don't think this was built in 1897. Therefore, I don't think Green & Wicks are responsible for some of the work they get credit for. I feel like this slightly proves that. And... we don't have any existing photographs? How is that possible?

Nice post. I think your rational as to why this is a curious design for a new building is sound. Perhaps it is possible that it was inherited and it's renovation was designed by Green & Wicks.